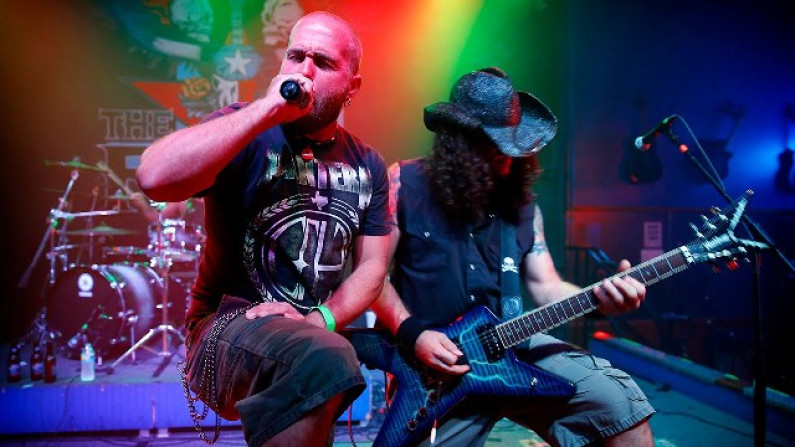 Pantera was an American heavy metal band from Arlington, Texas. The group was formed in 1981 by the Abbott brothers – drummer Vinnie Paul and guitarist Dimebag Darrell – along with lead vocalist Terry Glaze.

Bassist Rex Brown joined the band the following year, replacing Tommy D. Bradford, who was the unofficial original. Having started as a glam metal band, Pantera released four albums during the 1980s.

Looking for a new and heavier sound, Pantera replaced Glaze with Phil Anselmo in late 1986 and released Power Metal in 1988. With its fifth album, 1990’s Cowboys from Hell, Pantera introduced a groove metal sound.

Pantera’s sixth album, 1992’s Vulgar Display of Power, exhibited an even heavier sound. Far Beyond Driven (1994) debuted at number one on the Billboard 200.

Tensions began to surface among the band members when Anselmo became addicted to heroin in 1995; he almost died from an overdose in 1996. These tensions resulted in the recording sessions for The Great Southern Trendkill (1996) being held separately.

The ongoing tension lasted for another seven years, during which only one studio album, Reinventing the Steel (2000), was recorded. Pantera went on hiatus in 2001, but was disbanded by the Abbott brothers in 2003 amid communication problems and their conclusion that Anselmo would not return to the band.

The Abbott brothers went on to form Damageplan, while Anselmo continued work on several side projects, including Down in which Rex Brown joined as well.

On December 8, 2004, Dimebag Darrell was shot and killed on stage by a mentally unstable fan during a Damageplan concert in Columbus, Ohio, permanently ending hopes for a full reunion. The band has sold more than 60 million records as of August 2017.