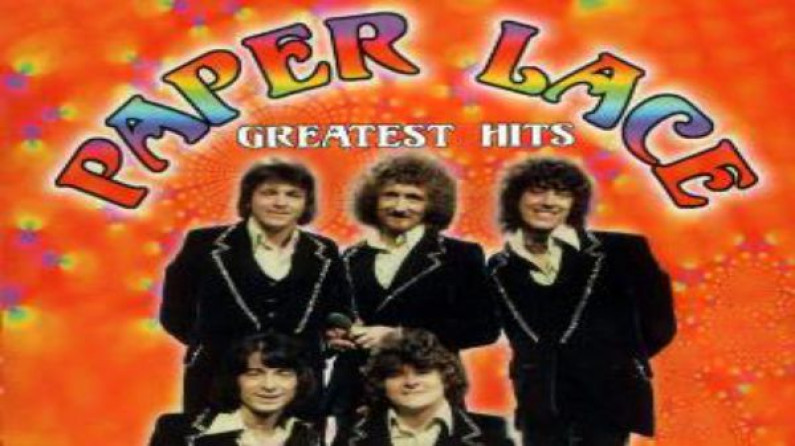 Paper Lace are a Nottingham-based pop group who rose to sudden (but brief) success in 1974. They are known to Americans as a one-hit wonder; however, in the UK they were a “classic two-and-a-half-hit wonder”.Their best known songs are “Billy Don’t Be a Hero” and “The Night Chicago Died”.

The core of the band originally formed in 1967 as Music Box, but changed their name to Paper Lace in 1969. Paper Lace was one of hundreds of pop bands in England looking for the big time while slogging their way through small club gigs and brief television appearances.

A season at Tiffany’s, a Rochdale club, and also at The Birdcage in Ashton-Under-Lyne in 1971, led to more television appearances, but a passport to the charts did not arrive until a 1973 victory on Opportunity Knocks, the ITV talent contest series. According to drummer and lead singer Phil Wright: Opportunity Knocks was pretty much the 1970s version of The X-Factor.

There was a huge audition week in 1970 at the Bridgford Hotel, which is now the Rushcliffe Borough Council building near the City Ground. And there were thousands of people queuing up. We turned up in our best suits, did a few numbers, and were told that they liked us but not to expect to go on straight away.

When they finally got back to us in 1973, we thought; do we really need this now? But they were getting viewing figures of 7 million, so we went for it.