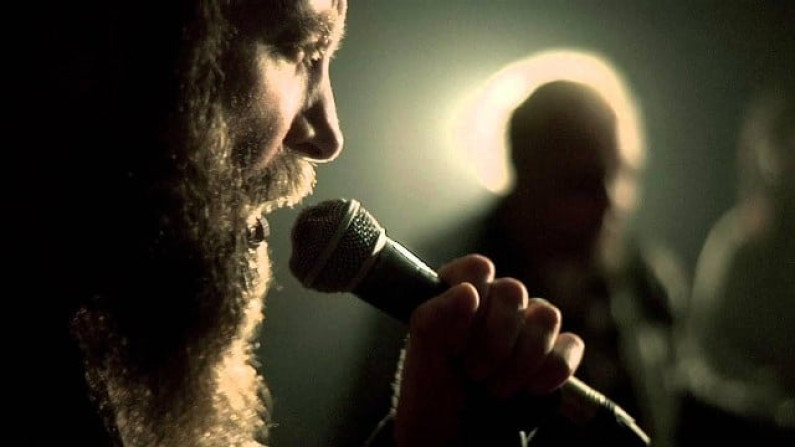 Paradise Lost are an English gothic metal band that formed in 1988 in Halifax, and are considered by some to be the pioneers of the death-doom genre and regarded as the main influence for the later gothic metal movement.

Bands that have cited Paradise Lost as an influence, or have covered them, include My Dying Bride, Anathema, The Gathering, Amorphis, Cradle of Filth, Katatonia, Moonspell, Lacuna Coil, HIM,  Nightwish and many others. As of 2005, Paradise Lost have sold over two million albums worldwide.

Their line-up has remained stable for such a long-standing heavy metal band, consisting of singer Nick Holmes, guitarists Greg Mackintosh and Aaron Aedy, and bassist Steve Edmondson. Holmes and Mackintosh are the principal composers, with almost all of the band’s songs credited to them. During the years, the band has only changed drummers.

After their formation in 1988, Paradise Lost released three cassette demos, Paradise Lost, Frozen Illusion, and Plains of Desolation, before being signed to Peaceville Records in 1989. They recorded their debut album, Lost Paradise, at Academy Music Studio in December of that year. The album was released in February 1990.

In November 1990, Paradise Lost returned to Academy Music Studio to record their second album, Gothic, which was released in March 1991. The band began to move away from the death/doom sound of their previous releases by adding keyboards and female vocal accompaniments.

Paradise Lost left Peaceville and were signed to the Music for Nations label and released Shades of God in July 1992. The band’s musical approach continued to evolve with this album as evidenced by the addition of quieter passages in the song’s compositions, the softening of vocalist Nick Holmes’s death grunt, and Gregor Mackintosh’s incorporation of acoustic guitar to his sound. The album contained the song “As I Die”, later released as a single/EP.

In summer 1993, the band recorded their fourth album, Icon, released in September of the same year. The band continued to develop their sound away from their doom roots and more towards the dynamics and sound of “As I Die” from their previous album.

On Icon, Nick Holmes abandoned his death grunt and started using a “James Hetfield-style bark.”It was after this album, in December 1994, that original member Matthew Archer quit and was replaced by drummer Lee Morris.

The band entered the studio in January 1995 to record their fifth and most successful album, Draconian Times, which was released in June 1995.

Mackintosh says about Draconian Times, “that it’s the album by which everything else we do gets judged. Rightly so, as it’s the backbone of our career and sound.” The album charted in the Top 20 album chart in a number of countries including the UK and Germany.