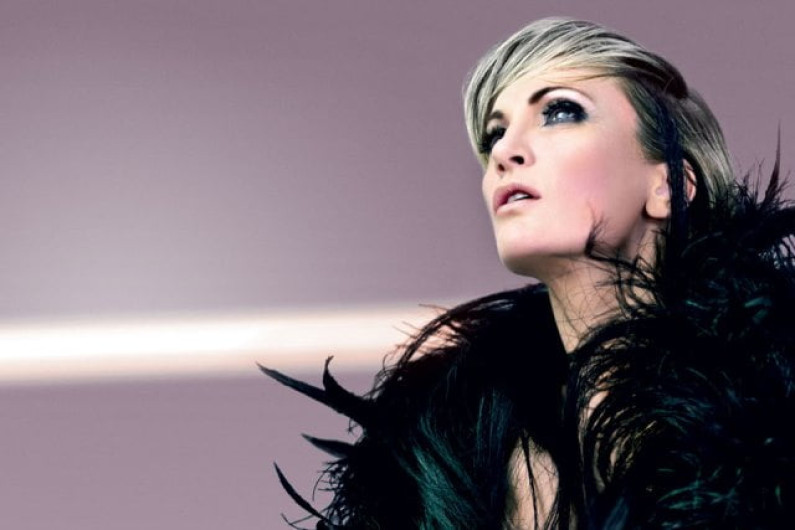 Patricia Kaas ( born 5 December 1966, Forbach) is a French singer and actress with an International following. Stylistically her music is not classical chanson, but is closer to a mixture of pop music, cabaret, jazz and chanson.

Kaas is almost constantly on tour internationally. In 2002, Kaas had her film debut in And now… Ladies and Gentlemen, opposite Jeremy Irons. Kaas is currently on “Kabaret” world tour since the end of 2008. She represented France in the Eurovision Song Contest 2009 in Moscow, Russia and finished in 8th place.

After the end of the Sexe fort tour in November 2005, Kaas took a break until the beginning of 2008, interrupted by only a few live performances. In February 2008, Kaas released the song Ne pozvonish’ (You Will Not Call) with the Russian rock group Uma2rman, which was a big hit in Russia.

The song Et s’il fallait le faire (And if it had to be done) received a clear majority of the votes and was then chosen as the lead single and also as the French entry in the Eurovision Song Contest 2009 where on 16 May 2009 she finished in 8th place.

The song has received positive reviews in several newspapers and polls and a clear majority of 62% of all voters in a questionnaire believed in her chances to win the competition.

In 2011, Kaas’ autobiography “L’Ombre de ma Voix” (The Shadow of My Voice) was published in March by Flammarion. This bestseller is sold throughout Europe, and has already been translated into more than 6 languages.

This show, commemorating 50 years since the death of Piaf, will open at some of the world’s most prestigious venues the Royal Albert Hall in London, Carnegie Hall in New-York, Olympia in Paris, Operetta Theatre in Moscow, Sejong Cultural Center in Seoul, etc. Although designed primarily as a live show, “Kaas chante Piaf“ meaning “Kaas Sings Piaf” will also be released as an album.