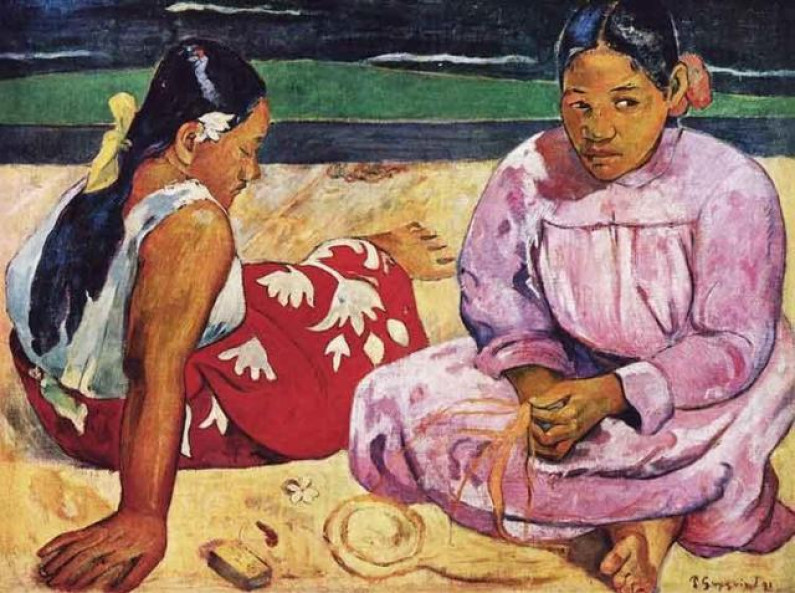 Eugène Henri Paul Gauguin (French: 7 June 1848 – 8 May 1903) was a French Post-Impressionist artist who was not well appreciated until after his death. Gauguin is now recognized for his experimental use of color and synthetist style that were distinguishably different from Impressionism.

His work was influential to the French avant-garde and many modern artists, such as Pablo Picasso and Henri Matisse. Gauguin’s art became popular after his death; partially from the efforts of art dealer Ambroise Vollard who organized exhibitions of his work late in his career, as well as assisting in organizing two important posthumous exhibitions in Paris.

Many of his paintings were in the possession of Russian collector Sergei Shchukin as well as other important collections.
He was an important figure in the Symbolist movement as a painter, sculptor, printmaker, ceramist, and writer.

His bold experimentation with color led directly to the Synthetist style of modern art, while his expression of the inherent meaning of the subjects in his paintings, under the influence of the cloisonnist style, paved the way to Primitivism and the return to the pastoral. He was also an influential proponent of wood engraving and woodcuts as art forms.

Gauguin was born in Paris, France, to journalist Clovis Gauguin and Alina Maria Chazal, daughter of the proto-socialist leader Flora Tristan, a feminist precursor whose father was part of an influential Peruvian family.

In 1850 the family left Paris for Peru, motivated by the political climate of the period. Clovis died on the voyage, leaving 18-month-old Paul, his mother, and sister, to fend for themselves.