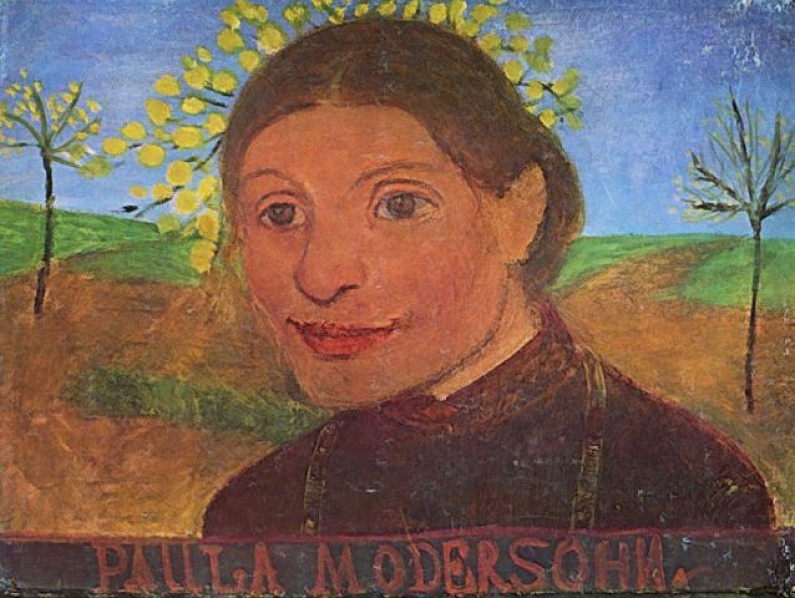 Becker was interested in art at an early age and began to study drawing in 1888, when her family moved to Bremen, Germany. Sent to England to complete her education, she attended St. John’s Wood School of Art.

Upon her return to Germany, the artist trained to become a teacher and then attended (1896–98) the traditional School for Women Artists in Berlin.

In 1898, as a pupil of Fritz Mackenson, Becker joined the Worpswede school, a group of regional artists who lived at an artists’ colony near Bremen. Like many of the painters there, she created sentimental landscapes and scenes of peasant life.

At Worpswede she formed a friendship with the sculptor Clara Westhoff (who later married the poet Rainer Maria Rilke), and in 1900 they traveled together to Paris, where she was influenced by the Post-Impressionist paintings of Paul Cézanne.

In 1901 the artist married Otto Modersohn, another painter at Worpswede. She spent two more periods of study in Paris in 1903 and 1905, and the contemporary art she discovered there made her increasingly dissatisfied with the aims of the Worpswede artists.

The work of Cézanne, Gauguin, and other French artists, such as those of the Nabis group, inspired her to use simplified forms and symbolic, rather than naturalistic, colour.

She left her husband in 1906 to settle in Paris, where she painted the expressive and often nude self-portraits that are her most highly regarded works. Her husband followed her there later that year, and she returned to Worpswede with him in 1907.

Modersohn-Becker’s style continued to evolve; in her mature paintings, such as Self-Portrait with a Camellia (1907), she combined a lyrical naturalism with broad areas of simplified colour reminiscent of Gauguin and Cézanne.

Because she was more interested in the expression of her inner feelings than in an accurate portrayal of reality, she is frequently associated with the Expressionist style. She died shortly after giving birth to her only child.