Pavarotti & Barry White – My first, my last, my everything 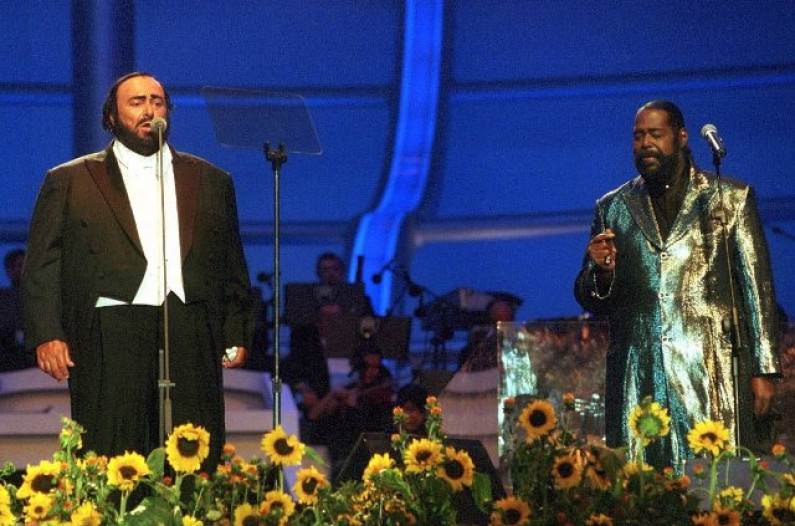 Pavarotti & Barry White – My first, my last, my everything

As one of the Three Tenors, Pavarotti became well known for his televised concerts and media appearances. From the beginning of his professional career as a tenor in 1961 in Italy to his final performance of “Nessun dorma” at the 2006 Winter Olympics in Turin, Pavarotti was at his best in bel canto operas, pre-Aida Verdi roles and Puccini works such as La bohème, Tosca and Madama Butterfly.

Luciano Pavarotti was born in 1935 on the outskirts of Modena in Northern Italy, the son of Fernando Pavarotti, a baker and amateur tenor, and Adele Venturi, a cigar factory worker. Although he spoke fondly of his childhood, the family had little money; its four members were crowded into a two-room apartment.