Pink Floyd – Set The Controls For The Heart Of The Sun 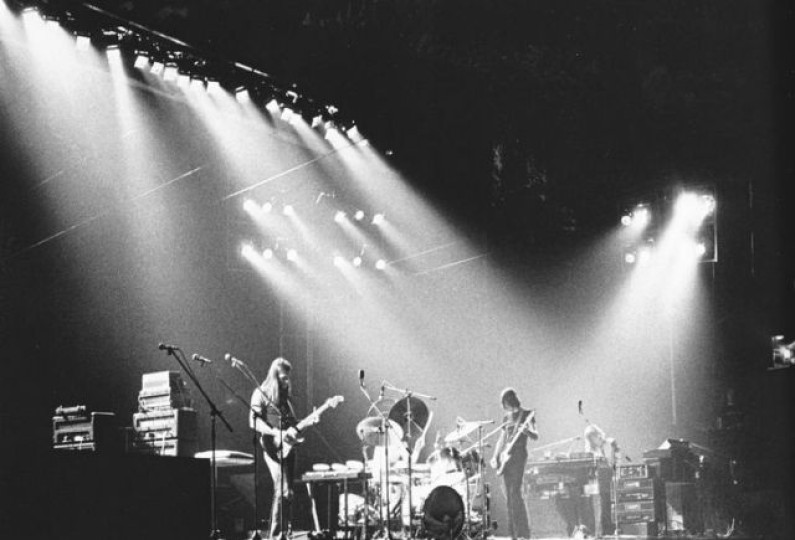 Pink Floyd was inducted into the US Rock and Roll Hall of Fame in 1996, and the UK Music Hall of Fame in 2005. By 2013, the band had sold more than 250 million records worldwide, including 74.5 million certified units in the United States.

Considered one of the UK’s first psychedelic music groups, Pink Floyd began their career at the vanguard of London’s underground music scene. Some categorise their work from that era as a space rock.According to Rolling Stone: “By 1967, they had developed an unmistakably psychedelic sound, performing long, loud suitelike compositions that touched on hard rock, blues, country, folk, and electronic music.

” Released in 1968, the song “Careful with That Axe, Eugene” helped galvanise their reputation as an art rock group. Critics also describe them as an acid rock band. By the late 1960s, the press had begun to label their music progressive rock. O’Neill Surber comments on the music of Pink Floyd:

Rarely will you find Floyd dishing up catchy hooks, tunes short enough for air-play, or predictable three-chord blues progessions; and never will you find them spending much time on the usual pop pablum of romance, partying, or self-hype.

Their sonic universe is expansive, intense, and challenging … Where most other bands neatly fit the songs to the music, the two forming a sort of autonomous and seamless whole complete with memorable hooks, Pink Floyd tends to set lyrics within a broader soundscape that often seems to have a life of its own …

Pink Floyd employs extended, stand-alone instrumentals which are never mere vehicles for showing off virtuoso but are planned and integral parts of the performance.”

In 1968, Wright commented on Pink Floyd’s sonic reputation: “It’s hard to see why we were cast as the first British psychedelic group. We never saw ourselves that way … we realised that we were, after all, only playing for fun … tied to no particular form of music, we could do whatever we wanted … the emphasis … firmly on spontaneity and improvisation.” Waters gave a less enthusiastic assessment of the band’s early sound: “There wasn’t anything ‘grand’ about it.

We were laughable. We were useless. We couldn’t play at all so we had to do something stupid and ‘experimental’… Syd was a genius, but I wouldn’t want to go back to playing “Interstellar Overdrive” for hours and hours.”Unconstrained by conventional pop formats, Pink Floyd were innovators of progressive rock during the 1970s and ambient music during the 1980s.

Music critic Alan di Perna praised Gilmour’s guitar work as being an integral element of Pink Floyd’s sound. Rolling Stone ranked him number 14 in their “100 Greatest Guitarists of All Time” list and di Perna described him as the most important guitarist of the 1970s, calling him “the missing link between Hendrix and Van Halen.”

In 2006, Gilmour commented on his playing technique: “[My] fingers make a distinctive sound … [they] aren’t very fast, but I think I am instantly recognisable … The way I play melodies is connected to things like Hank Marvin and the Shadows”.

Gilmour’s less is more approach to guitar solos; his ability to use fewer notes than most to express himself without sacrificing strength or beauty, drew a favourable comparison to jazz trumpeter Miles Davis.

“Brown described the “Time” solo as “a masterpiece of phrasing and motivic development … Gilmour paces himself throughout and builds upon his initial idea by leaping into the upper register with gut-wrenching one-and-one-half-step ‘over bends’, soulful triplet arpeggios and a typically impeccable bar vibrato.

Brown described Gilmour’s sense of phrasing as intuitive, singling it out as perhaps his best asset as a lead guitarist. Gilmour explained how he achieved his signature tone: “I usually use a fuzz box, a delay and a bright EQ setting … [to get] singing sustain … you need to play loud — at or near the feedback threshold. It’s just so much more fun to play … when bent notes slice right through you like a razor blade.