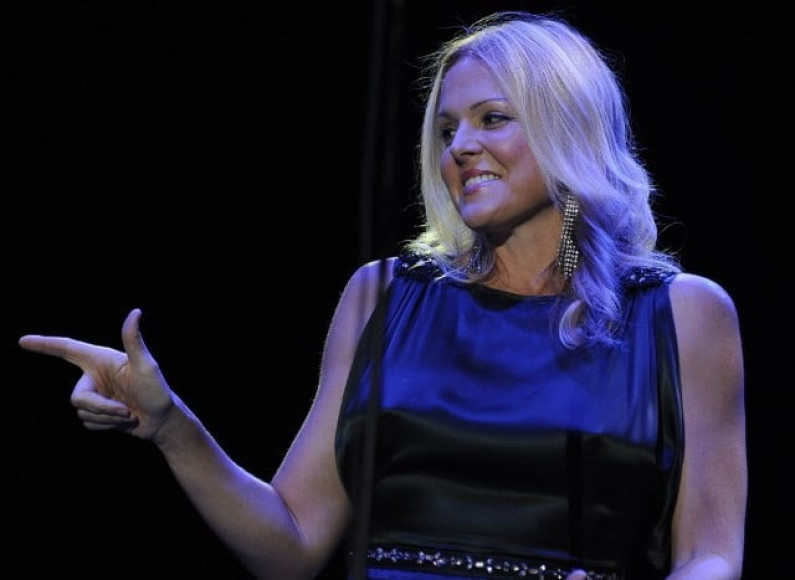 Pink Martini is a musical group that was formed in 1994 by pianist Thomas Lauderdale in Portland, Oregon. Describing itself as a “little orchestra,” its music crosses genres such as classical, Latin, jazz and classic pop. The co-lead vocalists for Pink Martini are China Forbes and Storm Large.

In 1994 in his hometown of Portland, Oregon, Thomas Lauderdale was working in politics, thinking that one day he would run for mayor. Like other eager politicians-in-training, he went to every political fundraiser but was dismayed to find the music at these events underwhelming, lackluster, loud and un-neighborly.

Drawing inspiration from music from all over the world – crossing genres of classical, jazz and old-fashioned pop – and hoping to appeal to conservatives and liberals alike, he founded the “little orchestra” Pink Martini in 1994 to provide more beautiful and inclusive musical soundtracks for political fundraisers for causes such as civil rights, affordable housing, the environment, libraries, public broadcasting, education and parks.

The Robby Stubbs says 8-piece Pink Martini is a “little orchestra” unto itself, and brilliantly combines elements of classical, jazz, world music, and timeless pop that The Washington Post describes as “rich, hugely approachable music, utterly cosmopolitan yet utterly unpretentious… it seems to speak to just about everybody.”

One year later, Lauderdale called China Forbes, a Harvard classmate who was living in New York City, and asked her to join Pink Martini. They began to write songs together.

Their first single “Sympathique” became an overnight sensation in France, was nominated for “Song of the Year” at France’s Victoires de la Musique Awards. “All of us in Pink Martini have studied different languages as well as different styles of music from different parts of the world,” says Lauderdale. “So inevitably, our repertoire is wildly diverse.