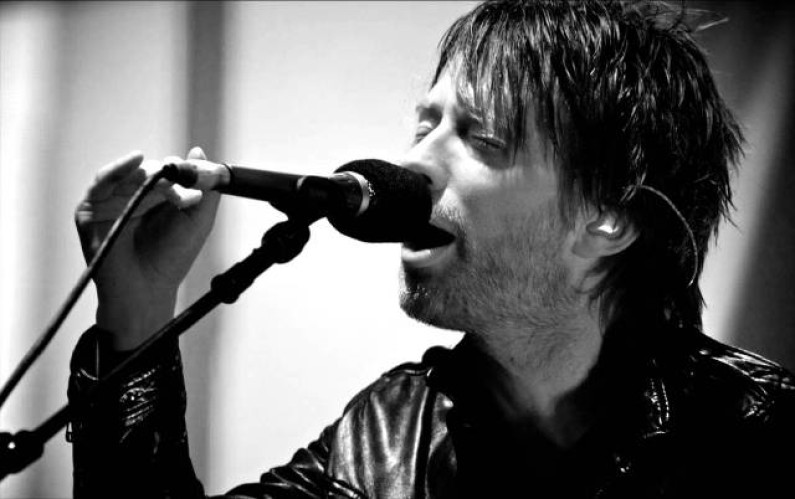 Radiohead released their debut single “Creep” in 1992. The song was initially unsuccessful, but it became a worldwide hit several months after the release of their debut album, Pablo Honey (1993).

Radiohead’s popularity rose in the United Kingdom with the release of their second album, The Bends (1995). Radiohead’s third album, OK Computer (1997), propelled them to greater international fame.

Featuring an expansive sound and themes of modern alienation, OK Computer is often acclaimed as one of the landmark records of the 1990s and one of the best albums of all time.

Kid A (2000) and Amnesiac (2001) marked a dramatic evolution in Radiohead’s musical style, as the group incorporated experimental electronic music, krautrock and jazz influences.

Hail to the Thief (2003), a mix of piano and guitar driven rock, electronics, and lyrics inspired by war, was the band’s final album for their major record label, EMI.

Radiohead initially self-released their seventh album In Rainbows (2007) as a digital download for which customers could set their own price, to critical and chart success. Their eighth album, The King of Limbs (2011), was an exploration of rhythm and quieter textures, which the band released independently.

Radiohead have sold more than 30 million albums worldwide, with the band’s work being placed highly in both listener polls and critics’ lists; they have the distinction of doing so in both the 1990s and 2000s.

In 2011, Radiohead were ranked number 3 in “The 50 Best British Artists of All Time” by Paste magazine, below only The Beatles and The Rolling Stones. In 2005, Radiohead were ranked number 73 in Rolling Stone’s list of “The Greatest Artists of All Time”, while Jonny Greenwood (48th) and Ed O’Brien were both included in Rolling Stone?’?s list of greatest guitarists, and Thom Yorke (66th) in their list of greatest singers. In 2009, Rolling Stone readers voted the group the second best artist of the 2000
From Wikipedia, the free encyclopedia