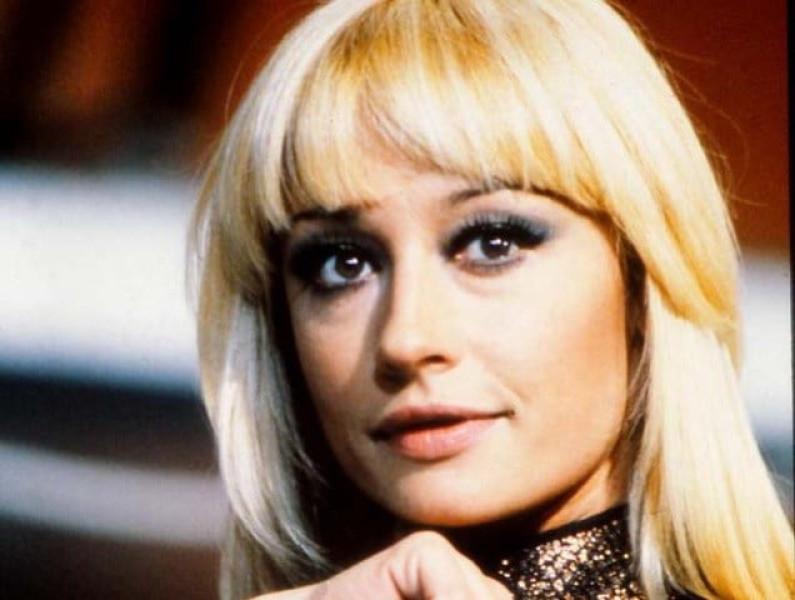 Raffaella Carrà (born 18 June 1943 in Bologna), often simply known as la Carrà (the Carrà) and in some Latin American countries sometimes simply as Raffaella, is an Italian singer, dancer, television presenter, and actress. She is a popular figure in Italy, Spain, Malta, Albania, Greece, Turkey, Latin America and Russia, both as a result of her many well-known taped presentations and records, and because of her many popular TV shows.

Since 1961, Carrà has sung and danced on the variety shows of Italian television. In particular, since the early 1970s, they have featured elaborate choreography, mesmerizing elaborate themes, and her uninhibited style. She was the first television figure to show her belly button on camera.

Carrà had a hit song with the sensual “Tuca Tuca” (1970), written for her singing and dancing television presentations by her long-time collaborator and former boyfriend, Gianni Boncompagni. Similarly, in 1971 Carrà achieved another hit with “Chissà se Va”.

Her greatest international hit single was “Tanti Auguri” (“Best Wishes”), which has become a popular song with gay audiences.

The song is also known under its Spanish title “Para hacer bien el amor hay que venir al sur” (which refers to Southern Europe, since the hit was recorded and taped in Spain).

The Estonian version of the song “Jätke võtmed väljapoole” was performed by Anne Veski. “A far l’amore comincia tu” (“To make love, your move first”) was another success for her internationally, known in Spanish as “En el amor todo es empezar”, in German as “Liebelei”, in French as “Puisque tu l’aimes dis le lui” and in English as “Do It, Do It Again”. It was her only entry to the UK Singles Chart, reaching number 9, where she remains a one-hit wonder.

In 1977, she recorded another hit single, “Fiesta” (‘The Party’ in English) originally in Spanish, but then recorded it in French and Italian after the song hit the charts.

Raffaella Carra is often credited as a very beautiful Italian singer
In 1985, Carrà’s Starlight Express video was released featuring characters, costumes and sets from the show. “A far l’amore comincia tu” has also been covered in Turkish by a Turkish popstar Ajda Pekkan as “Sakın Ha” in 1977.

Recently, Carrà has gained new attention for her appearance as the female dancing soloist in a 1974 TV performance of the proto-rap funk gibberish song “Prisencolinensinainciusol” (1973) by Adriano Celentano. A remixed video featuring her dancing went viral on the internet in 2008.

In 2008 a video of a performance of her only UK hit single, ‘Do It, Do It Again’, was featured in the Dr. Who episode ‘Midnight’.

Rafaella Carrà worked with Bob Sinclar on the new single “Far l’Amore” which was released on YouTube on 17 March 2011. The song charted in different European countries.