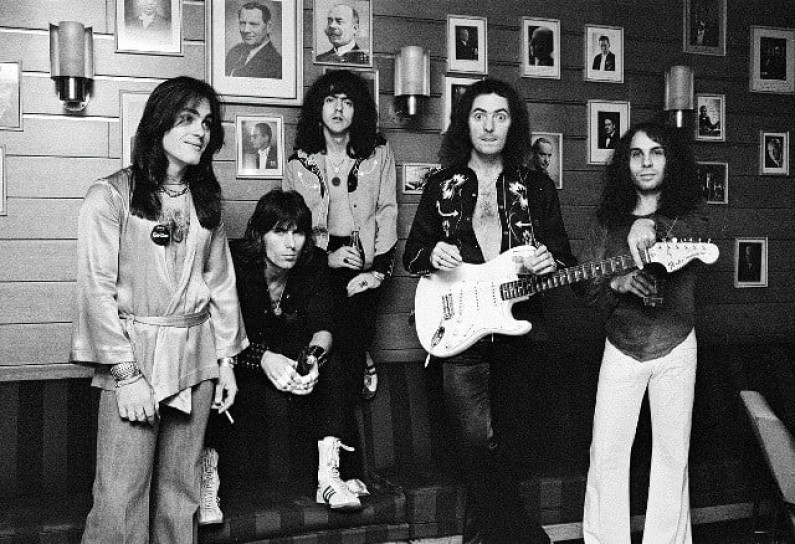 Three British musicians joined in 1979, singer Graham Bonnet, keyboardist Don Airey, former Deep Purple bassist Roger Glover, and this line-up gave the band their commercial breakthrough with the single “Since You Been Gone”. Over the years Rainbow went through many line-up changes with no two studio albums featuring the same line-up.

Other lead singers Joe Lynn Turner and Doogie White would follow, and the project consisted of numerous backing musicians. The band’s early work primarily featured mystical lyrics with a neoclassical metal style, but went in a more streamlined, commercial direction following Dio’s departure from the group.

Rainbow were ranked No. 90 on VH1’s 100 Greatest Artists of Hard Rock. The band has sold over 28 million albums worldwide.