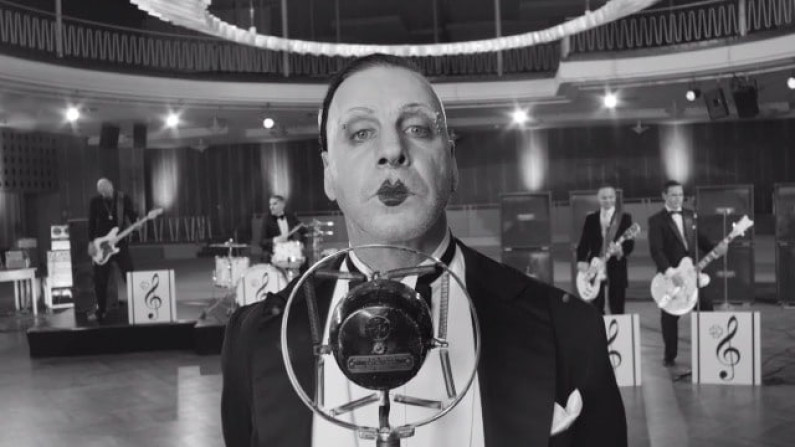 The majority of their songs are in German, but they have also performed songs entirely or partially in other languages including English, Spanish, French and Russian. As of 2014, they have sold over 10 million records worldwide.

Rammstein’s award-winning live shows are renowned for their pyrotechnic elements and both on- and off-stage theatrics. Rammstein’s entire catalogue is published by Universal Music Group.

The compilation is available in three different editions: The standard edition; this includes a CD with normal songs from their back catalog. Special edition; has the same CD from the standard edition and an extra CD with Rammstein songs that have been remixed by different artists such as Scooter.

Finally, the super deluxe edition; has the two previously mentioned CDs and 3 DVDs with interviews and the making of videos from different music videos.

The video for the song “Mein Land” was filmed on May 23, 2011 at Sycamore Beach in Malibu, California. It premiered on the band’s official website on November 11, 2011.

A full European tour in support of Made in Germany began on November 2011 and spanned all the way to May 2012. It included a North American tour that began on April 20, 2012 in Sunrise, Florida and ended on May 25, 2012 in Houston, Texas that visited 21 cities throughout the US and Canada.

The Swedish industrial band Deathstars supported the band during the first two legs of the European tour. DJ Joe Letz from Combichrist and Emigrate was the opening act for the North American Tour.

Rammstein, minus Till Lindemann, performed “The Beautiful People” with Marilyn Manson at the Echo Awards on March 22, 2012.

On September 21, 2012, it was announced that Rammstein would be headlining Download Festival 2013, along with Iron Maiden and Slipknot. Twelve additional festival performances for summer 2013 were announced the same day, including Wacken Open Air festival and Rock Werchter.

On November 22, 2012, Rammstein announced via Facebook that they will be releasing a video collection featuring all music videos entitled Videos 1995-2012, plus two unreleased music videos for “Mein Herz Brennt”, originally featured on the album Mutter.