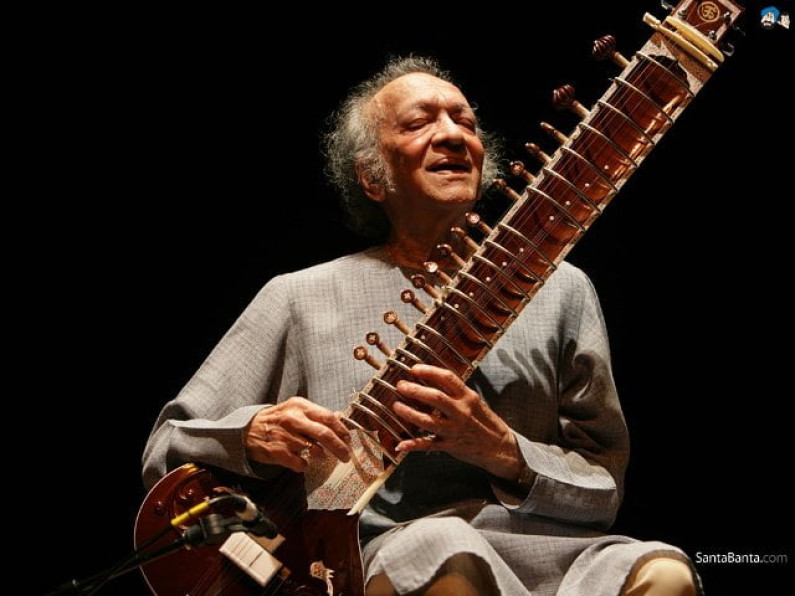 Ravi Shankar ( 7 April 1920 – 11 December 2012), born Robindro Shaunkor Chowdhury, his name often preceded by the title Pandit, was an Indian musician and composer who was one of the best-known exponents of the sitar in the second half of the 20th century as a composer of Hindustani classical music.

Shankar was born to a Bengali family in Benares, India and spent his youth touring India and Europe with the dance group of his brother Uday Shankar.

He gave up dancing in 1938 to study sitar playing under court musician Allauddin Khan. After finishing his studies in 1944, Shankar worked as a composer, creating the music for the Apu Trilogy by Satyajit Ray, and was music director of All India Radio, New Delhi, from 1949 to 1956.

In 1956 he began to tour Europe and the Americas playing Indian classical music and increased its popularity there in the 1960s through teaching, performance, and his association with violinist Yehudi Menuhin and Beatles guitarist George Harrison.

Shankar engaged Western music by writing compositions for sitar and orchestra, and toured the world in the 1970s and 1980s.

From 1986 to 1992 he served as a nominated member of Rajya Sabha, the upper chamber of the Parliament of India. He continued to perform up until the end of his life. In 1999 Shankar was awarded India’s highest civilian honour, the Bharat Ratna.

Shankar was born on 7 April 1920 in Varanasi, India, to a Bengali family, as the youngest of seven brothers. His father, Shyam Shankar, was a Middle Temple barrister and scholar from East Bengal (now Bangladesh).

A respected statesman, lawyer and politician, he served for several years as dewan (chief minister) of Jhalawar, Rajasthan, and used the Sanskrit spelling of the family name and removed its last part. Shyam was married to Shankar’s mother Hemangini Devi who hailed from a small village named Nasrathpur in Mardah block of Ghazipur district, near Benares, and her father was a prosperous landlord.