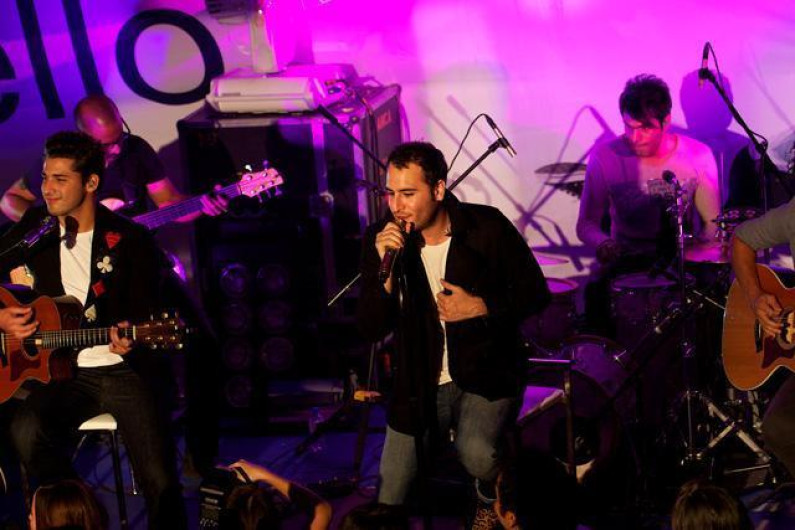 In early 2004, Reik invited Gilberto to join the band. They have been famous ever since, mainly in Latin America, Mexico, and the United States. Their videos have been broadcast on famous music television channels, such as MTV and HTV.

Reik confirmed their participation in the Viña del Mar International Song Festival in February 2015, and won the Silver and Golden Seagull after their presentation.

Formation and debut album
In May 2005, Reik released their self-titled debut album, produced by Abelardo Vazquez. The first single “Yo Quisiera” got heavy rotation on Mexican pop radio stations and soon went to number one.

Their second single “Qué Vida La Mía” also topped the Mexican charts as did their third single “Noviembre Sin Ti”. Their fourth single, “Niña”, failed to match the success of their previous singles, charting only at #33.

Reik’s debut album went gold in Mexico on May 6, 2005 after selling 50,000 copies. In June 2005, Reik traveled to the United States to promote their album and its first single. They had a promotional mini-tour that visited Miami, McAllen, San Antonio, Houston, Dallas, San Juan (Puerto Rico), and New York.

The album was formally released in the United States in May of that same year. To date, the album has sold 40,000 copies in the United States alone. By May, the album was certified platinum in Mexico for selling 120,000 copies. They have sold over half a million copies all over America to date. On July 6, 2007, Reik participated in the Alltel Wireless “Mi Círculo, Mi Música” (My Circle, My Music) concert in El Paso.

On August 8, 2013, Reik performed at the concert of MBLAQ at the Pepsi Center in Mexico City as guest performers and on October 29 they performed at the 2013 Seoul International Music Fair in Seoul, South Korea.