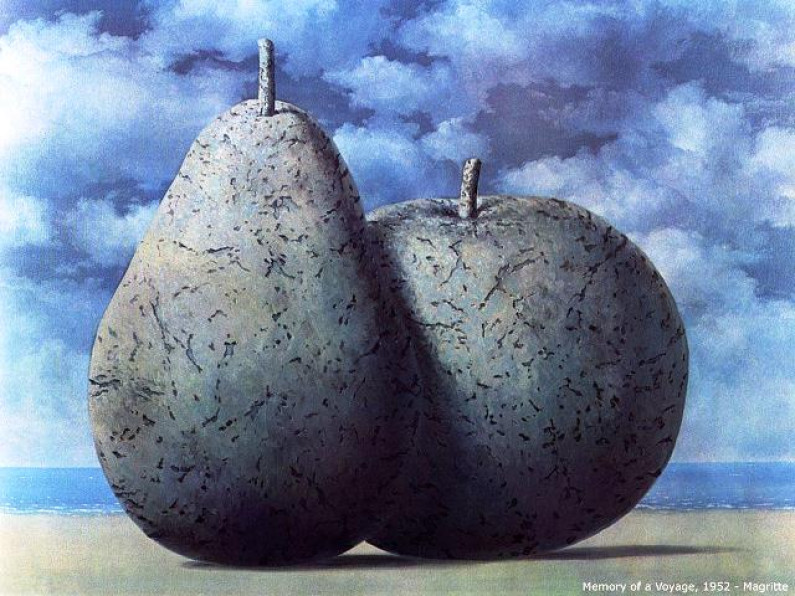 Magritte found solace from the tragedy in films and novels and especially through painting. His earliest surviving works from this era were accomplished in the impressionist style.

However, in 1916 he left home for Brussels, where for the next two years he studied at Académie Royale des Beaux-Arts. Although he was ultimately unimpressed with the institution, he was nonetheless exposed to emerging styles such as cubism and futurism, which significantly altered the direction of his work. Indeed, many of Magritte’s paintings from the early 1920s owe a clear debt to Pablo Picasso.

In the late 1930s Magritte’s newfound popularity resulted in exhibitions of his work in New York City and London. But the onset of World War II would soon alter the course of his life and art.

His decision to remain in Belgium following the Nazi occupation caused a split between him and André Breton, and the suffering and violence caused by the war led him away from the often dark and chaotic moods of surrealism. “Against widespread pessimism,” he said, “I now propose a search for joy and pleasure.”

Works from this period, such as The Return of the Flame and The Clearing, demonstrate this shift, with their brighter palettes and more impressionistic technique.

After the war, Magritte finalized his break with Breton’s branch of surrealism when he and several other artists signed a manifesto titled “Surrealism in Full Sunlight.”

A period of experimentation during which Magritte’s created garish and provocative paintings followed before he returned to his more familiar style and subject matter, including a 1948 reimagining of his Lost Jockey, painted the same year as his first one-man exhibition in Paris.