Reneé Austin – Strangers On a Train 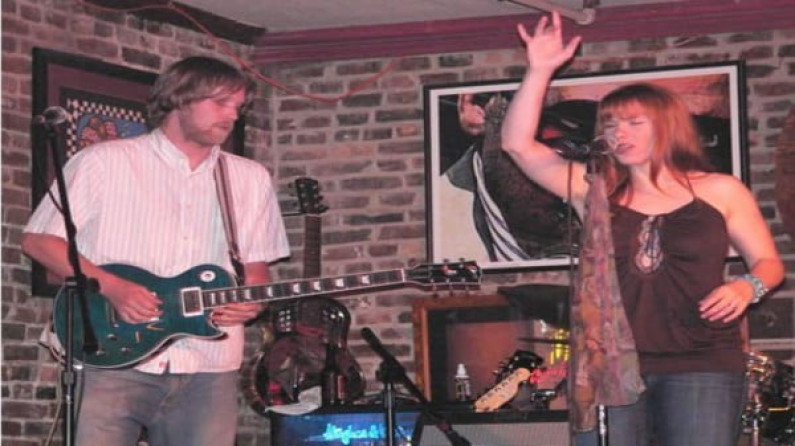 The Philadelphia Inquirer commented that she “embraces a deliciously wide range of roots styles: She belts the blues with sass, swings nimbly on R&B, and fires off some rousing gospel. For good measure, she also shows she can take it uptown with a sultry, soulful ballad.”

It was announced in January 2006 that her career was finished. Following thyroid surgery, she was left with a paralyzed vocal nerve that seemingly made further singing impossible. However, after years of inaction, her voice returned and Austin is contemplating a return to performing.

Austin was born in San Diego, California, United States, and at the age of three moved with her family to Kingsland, Texas. Inspired by the singing of Aretha Franklin, Etta James, Mavis Staples and Tina Turner, by 15 years old she had composed her first song.

Encouraged by her parents and, after singing at both church and high school, Austin relocated to Minneapolis to attend college. During her time there she sang in various clubs and independently released her debut album in 1996. Dancin’ with Mr. Blue was well received and was named as ‘Best Blues Recording’ by the Minnesota Music Academy. It also garnered her the ‘Best Blues Artist’ and ‘Best Female Vocalist’ awards.

This early success led to Austin being offered opening slots at concerts by Lonnie Brooks, Robert Cray, and Delbert McClinton in Minneapolis. The latter was impressed enough after a two night gig in March 2003, to ensure that Austin was hired to perform on the Sandy Beaches Blues Cruise.

Her real breakthrough occurred after she signed a recording contract with Blind Pig Records. The label released her second album, Sweet Talk, in 2003. The connection with McClinton continued when they recorded a duet of the blues ballad “Pretend We Never Met”.

It was written by Bruce McCabe and recorded in Nashville, Tennessee. Sweet Talk also included seven original songs written by Austin, as well as a cover version of “When Something Is Wrong”, which was penned by Joanna Cotten. Regarding Sweet Talk, Allmusic noted “her presence is so powerful that she’s comfortable in a variety of grooves and, at least on the basis of this album, succeeds at all of them.” Sweet Talk was nominated for a Blues Music Award in the ‘Best New Artist Debut’ category.

She performed at both Memphis in May, and the Boundary Waters Blues Festival in 2004, Austin then appeared in the PBS television production, Blues Divas, in 2005, in a line-up that included one of her influences Mavis Staples, plus Ann Peebles, Denise LaSalle, Odetta, Irma Thomas, and Bettye LaVette. In addition, by then Austin had performed on various festival and concert bills alongside Keb’ Mo’, Jonny Lang, Blues Traveler and Big Head Todd and the Monsters.

In August 2005, her third album, Right About Love, was issued by Blind Pig. All chances of further promotion and development were put on hold by her upcoming surgical operation in September that year. Although initially deemed a success, the procedure ultimately left her with a paralyzed left vocal nerve, which initially meant that she was unable to perform again.
In 2013 Austin stated, “I never thought I would sing again. I had no hope. I had resigned myself to the fact that it was over. But now I have a chance to do the thing I love to do most and that is write and perform my music.”