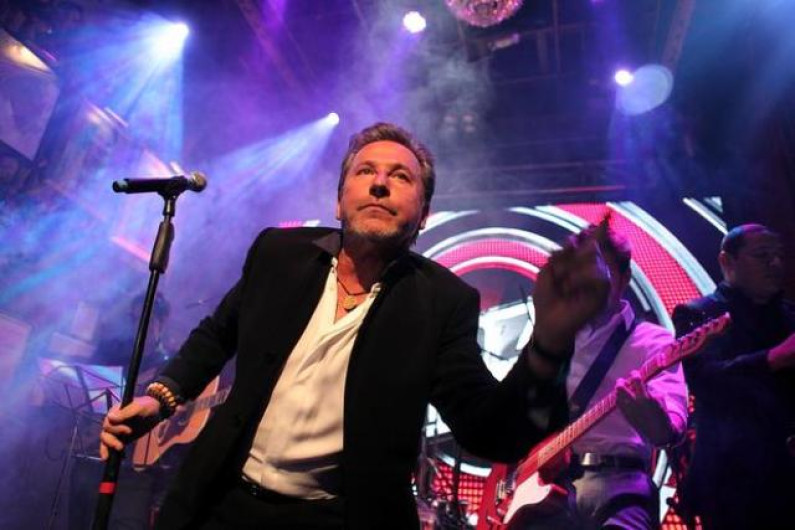 Starting his career in the late 1970s, he has already released more than 15 albums with numerous successful singles and has sold over 22 million record worldwide.

He is currently married to Marlene Rodriguez. He has two older sons from a first marriage Alejandro Reglero and Hector Reglero followed by Ricardo Reglero, Mauricio Reglero and Evaluna Reglero, all of them have been involved with musical projects.

Montaner was born as Héctor Eduardo Reglero Montaner, in Valentín Alsina, Buenos Aires Province, Argentina. However, he moved to Venezuela when he was 6 years old.

During his youth he performed in the church chorus in the city of Maracaibo. The first song he internationally performed, in a festival in Peru was “Canta, viejo, canta”. After this he decided to choose his artistic name Ricardo Montaner (using his maternal family name).

In 1978, he recorded his first LP named Mares. The same year he participated in the Ancon Festival (a Peruvian music festival from 1968 to 1984); where he gained some popularity after performing his song “Murallas”.

In 1983, he released his first album titled Cada Día. Although the album was not a great success, it was a start for Montaner’s career. He describes this album:”as his own version of death metal”

It wasn’t until 1987 when Montaner became widely popular in Venezuela with the singles “Yo Que Te Amé” and “Vamos a Dejarlo” belonging to his self-titled album.