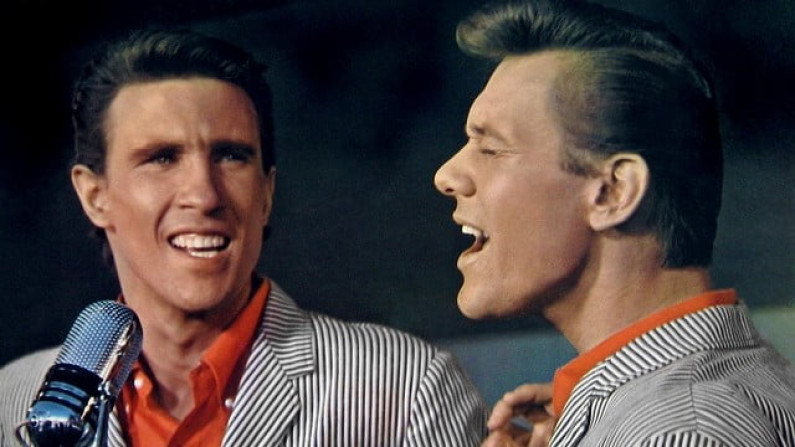 The Righteous Brothers were the musical duo of Bobby Hatfield and Bill Medley. They began performing together in 1962 in the Los Angeles area as part of a five-member group called The Paramours, but adopted the name The Righteous Brothers when they embarked on their recording career as a duo. They recorded from 1963 through 1975 and continued to perform until Hatfield’s death in 2003. Their emotive vocal style is sometimes dubbed “blue-eyed soul”.

Hatfield and Medley have contrasting vocal range that helped them create a distinctive sound as a duet, but also strong vocal talent individually that allowed them to perform as soloists.

Medley sang the low parts with his bass-baritone voice, with Hatfield taking the higher register vocals with his countertenor voice.

They had their first hit with “You’ve Lost That Lovin’ Feelin'”, produced by Phil Spector and often considered one of his finest works.

Other notable hits include “Ebb Tide”, “Soul and Inspiration”, “Rock and Roll Heaven”, and in particular, “Unchained Melody”. Both Hatfield and Medley also had for a time their own solo careers. In January 2016, the Righteous Brothers duo act was revived with Bill Medley and Bucky Heard.