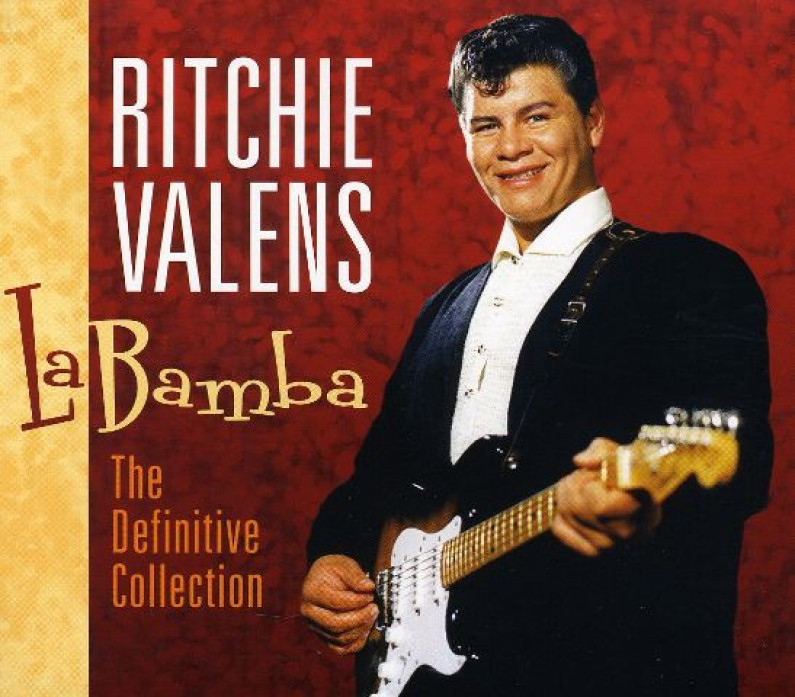 Richard Steven Valenzuela (May 13, 1941 – February 3, 1959), known professionally as Ritchie Valens, was a singer, songwriter and guitarist. A rock and roll pioneer and a forefather of the Chicano rock movement, Valens’ recording career lasted eight months, as it abruptly ended when he was killed in a plane crash.

During this time, he had several hits, most notably “La Bamba”, which he adapted from a Mexican folk song. Valens transformed the song into one with a rock rhythm and beat, and it became a hit in 1958, making Valens a pioneer of the Spanish-speaking rock and roll movement.

On February 3, 1959, on what has become known as “The Day the Music Died”, Valens died in a plane crash in Iowa, an accident that also claimed the lives of fellow musicians Buddy Holly and J. P. “The Big Bopper” Richardson, as well as pilot Roger Peterson. Valens was inducted into the Rock and Roll Hall of Fame in 2001.

Valens was born Richard Steven Valenzuela in Pacoima, a neighborhood in the San Fernando Valley region of Los Angeles, on May 13, 1941. His parents were Joseph Steven Valenzuela and Concepcion Reyes, he was of Mexican descent.

Ritchie Valens was brought up hearing traditional Mexican mariachi music, as well as flamenco guitar, R&B and jump blues, Valens expressed an interest in making music of his own by the age of 5, and he was encouraged by his father to take up guitar and trumpet and later taught himself the drums, even though Ritchie was left-handed, he was so eager to learn the guitar that he mastered the traditionally right-handed version of the instrument.

When he was sixteen years old, Ritchie Valens was invited to join a local band named The Silhouettes as a guitarist, and, when the main vocalist left the group, Ritchie assumed this position, and, on October 19, 1957, Valens made his performing debut with the Silhouettes.

Valens attended Pacoima Junior High School (now Pacoima Middle School). By the time Valenzuela was attending junior high school, he brought the guitar to school and would sing and play songs to his friends on the bleachers.