The Robert Cray Band – Back Home 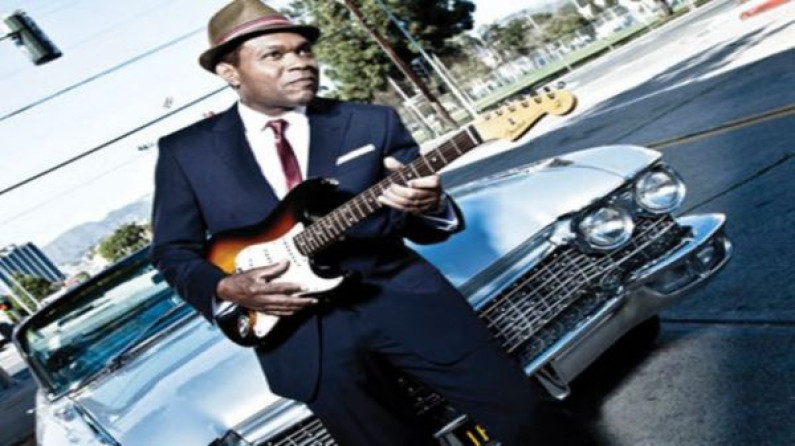 The Robert Cray Band – Back Home

The Robert Cray Band , Robert Cray (born August 1, 1953, Columbus, Georgia, United States) is an American blues guitarist and singer. A five-time Grammy Award winner, he has led his own band, as well as an acclaimed solo career.

Cray started guitar in his early teens. He attended Denbigh High School in Newport News, Virginia. By the age of twenty, Cray had seen his heroes Albert Collins, Freddie King and Muddy Waters in concert and decided to form his own band; they began playing college towns on the West Coast. In the late 1970s he lived in Eugene, Oregon, where he formed the Robert Cray Band and collaborated with Curtis Salgado in the Cray-Hawks.

In the 1978 film National Lampoon’s Animal House, Cray was the uncredited bassist in the house party band Otis Day and the Knights. After several years of regional success, Cray was signed to Mercury Records in 1982. Two albums on HighTone Records in the mid-1980s, Bad Influence and False Accusations, were moderately successful in the United States and in Europe, where he was building a reputation as a live artist.

He was invited by Keith Richards to join the backing band for Chuck Berry in the 1987 film, Chuck Berry: Hail! Hail! Rock ‘N’ Roll, directed by Taylor Hackford.

By now, Cray was an opening act for such major stars as Eric Clapton and sold out larger venues as a solo artist. Cray has generally played Fender guitars (Telecasters and Stratocasters) and there are two signature Robert Cray Stratocasters models available from Fender.

Cray had the opportunity to play alongside John Lee Hooker on his album Boom Boom, playing the guitar solo in the song “Same Old Blues Again”.

He is also featured on the Hooker album, The Healer; he plays a guitar solo on the song “Baby Lee”. The entire Robert Cray Band backs Hooker on the title track of Hooker’s 1992 album Mr. Lucky, where Cray plays lead guitar, sings, and banters with Hooker throughout the song.

Cray was invited to play at the “Guitar Legends” concerts in Seville, Spain at the 1992 Expo, where he played a signature track, “Phone Booth”. Albert Collins was also on the bill on this blues night of the “Legends” gigs.

Cray continues to record and tour. He appeared at the Crossroads Guitar Festival, and supported Eric Clapton on his 2006-2007 world tour. In Fargo, North Dakota, he joined Clapton on backup guitar for the Cream song “Crossroads”. In 2011, Cray was inducted to the Blues Hall of Fame.