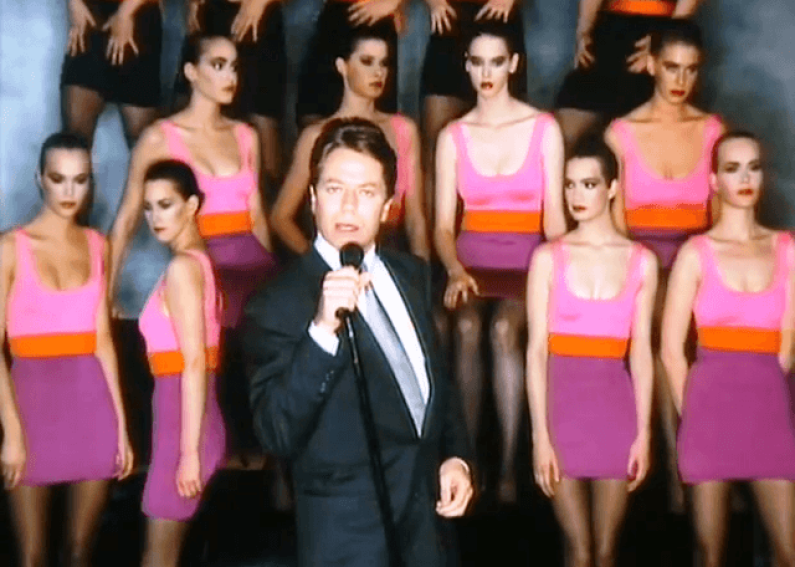 Robert Allen Palmer (19 January 1949 – 26 September 2003) was an English singer-songwriter and musician. He was known for his distinctive soulful voice, eclectic mix of musical styles on his albums, combining soul, jazz, rock, pop, reggae and blues and sartorial acumen. He found success both in his solo career and with Power Station, and had Top 10 songs in both the UK and the US.

His iconic music videos directed by British fashion photographer Terence Donovan for the hits “Addicted to Love” and “Simply Irresistible” featured identically dressed dancing women with pale faces, dark eye makeup and bright red lipstick, which resembled the women in the art of Patrick Nagel, an artist popular in the 1980s.

Palmer’s involvement in the music industry commenced in the 1960s, covered four decades and included a spell with Vinegar Joe. Palmer received a number of awards throughout his career, including two Grammy Awards for Best Male Rock Vocal Performance, an MTV Video Music Award, and two Brit Award nominations for Best British Male.

Palmer’s father was a British naval intelligence officer stationed in Malta. Palmer moved with his family from Batley, where he was born, to Scarborough, North Yorkshire in 1959.

Influenced as a child by blues, soul and jazz music on American Forces Radio, Robert Palmer joined his first band, The Mandrakes, at the age of 15 while still at Scarborough Boys’ High School.

His first major break came with the departure of singer Jess Roden from the band The Alan Bown Set in 1969, after which Palmer was invited to London to sing on their single “Gypsy Girl”.