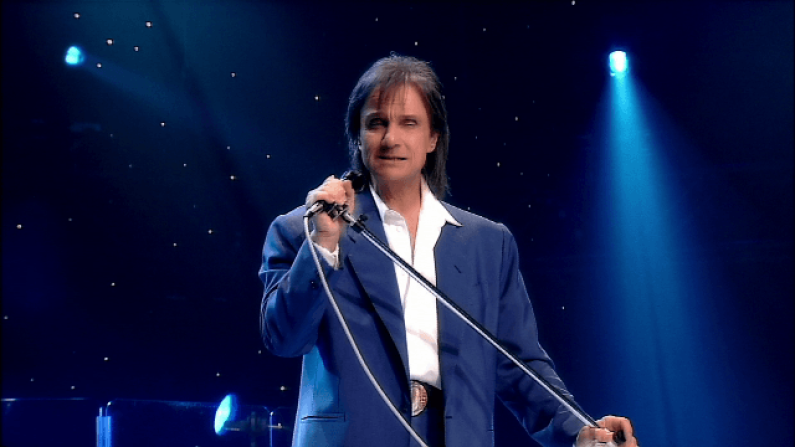 Roberto Carlos Braga (Portuguese pronunciation: born April 19, 1941 in Cachoeiro de Itapemirim city) is a Grammy Award-winning Brazilian singer and composer, who has achieved a great deal of success and recognition in his 50-year career, also known as King of Latin Music or simply The King.

Most of his songs are written in partnership with his friend, also singer and songwriter Erasmo Carlos. Roberto Carlos has sold over 120 million albums around the world.

He is considered one of the most influential artists in Brazil during the 1960s, being cited as a source of inspiration by many artists and bands up to the 1980s. His net worth is estimated at US$160 million.

The family lived in a modest home on top of a hill in the Nook neighbourhood. His siblings were Lauro Roberto Braga, Carlos Alberto Moreira Braga and Norminha.

At age 6, during the feast of St Peter, the patron saint of Cachoeiro do Itapemirim, Roberto Carlos was hit by a steam locomotive and had to have his right leg amputated just below his knee. He still uses a prosthesis, but avoids talking about it.

As a child he learned to play the guitar and the piano -– first with his mother and later at the Itapemirim Music Conservatory. At 9 years old, he performed for the first time at a children’s show broadcast by Rádio Cachoeiro (he sang a bolero called “Mal Amor”). He won candies as the first prize.

Years later, he recalled the occasion for the book “Roberto Carlos Up Close”, by Paulo Cesar de Araujo: “I was very nervous, yet very happy to be able to sing on the radio. I got a lot of candies, which was the prize for the kids who’d sing there. It was a beautiful day.” He became a regular performer on that particular show.