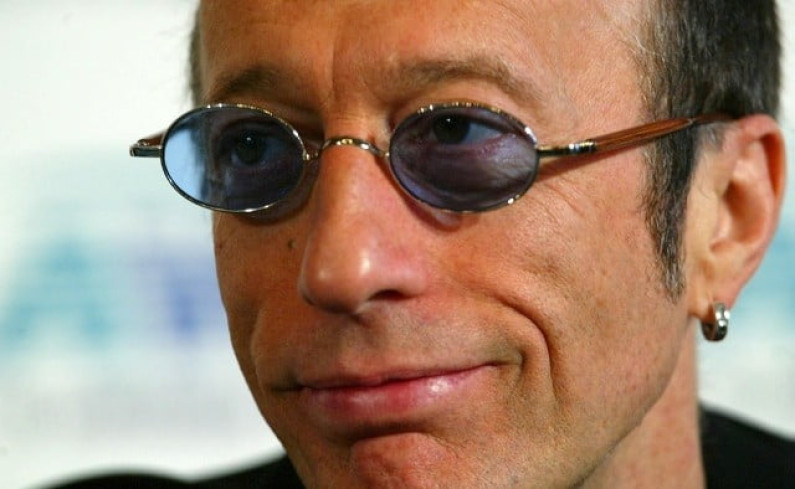 Robin Hugh Gibb, CBE (22 December 1949 – 20 May 2012) was a British singer, songwriter and record producer, best known as a member of the group Bee Gees. He gained worldwide fame with his brothers Barry and Maurice Gibb, and their younger brother Andy was also a singer. Gibb joined his first band the Rattlesnakes which formed in Manchester, England.

Gibb was born on the Isle of Man to English parents, Hugh and Barbara Gibb; the family later moved to Manchester (where Andy was born) before settling in Redcliffe, a suburb of Brisbane, Australia. Gibb began his career as part of the family trio (Barry-Maurice-Robin).

When the group found their first success, they returned to England where they achieved worldwide fame. In 2002, the Bee Gees were appointed as CBEs for their “contribution to music”, however investiture at Buckingham Palace was delayed until 2004.

With record sales estimated in excess of 200 million units, the Bee Gees became one of the most successful pop groups of all time.Music historian Paul Gambaccini described Gibb as “one of the major figures in the history of British music” and “one of the best white soul voices ever”.