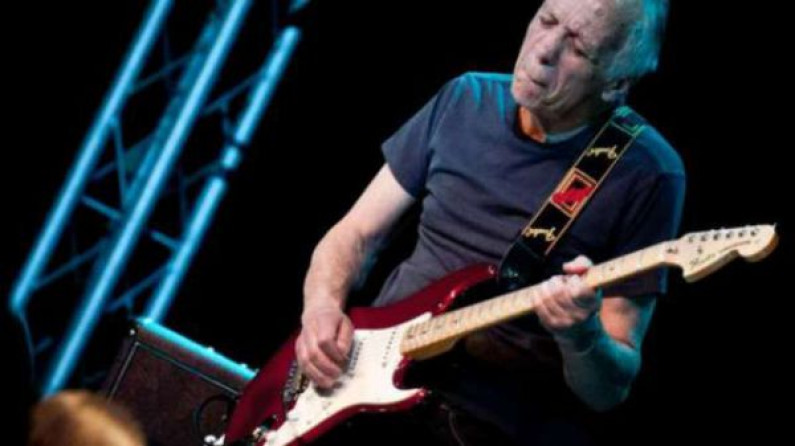 Robin Leonard Trower (born 9 March 1945) is an English rock guitarist and vocalist who achieved success with Procol Harum during the 1960s, and then again as the bandleader of his own power trio.

Trower was born in Catford, London but grew up in Southend-on-Sea, Essex. In 1962, he formed a group that became The Paramounts, later including Westcliff High School pupil Gary Brooker. The Paramounts disbanded in 1966 to pursue individual projects.

During this time, Trower created a local three-piece band called the Jam (not to be confused with the later group with Paul Weller). Trower then joined Brooker’s new band Procol Harum following the success of their debut single “A Whiter Shade of Pale” in 1967, remaining with them until 1971 and appearing on Procol Harum’s first five albums.

Before launching his own eponymous band, he joined singer Frankie Miller, ex-Stone the Crows bassist/singer James Dewar, and former Jethro Tull drummer Clive Bunker to form the short-lived combo Jude.This outfit did not record and soon split up.

Trower retained Dewar as his bassist, who took on lead vocals as well, and recruited drummer Reg Isidore (later replaced by Bill Lordan) to form the Robin Trower Band in 1973.

Perhaps Trower’s most famous album is Bridge of Sighs (1974). This album, along with his first and third solo albums, was produced by his former Procol Harum bandmate, organist Matthew Fisher. Despite differences, Trower’s early power trio work was noted for Hendrixesque influences.Actually, the two guitarists most likely have influences of blues great Albert King.

Trower is an influential guitarist who has inspired other guitar legends such as Robert Fripp, who praised him for his bends and the quality of his sounds, and took lessons from him.

In the early 1980s, Trower teamed up with former Cream bassist Jack Bruce and his previous drummers Lordan and Isidore, for two albums, BLT (Bruce, Lordan, Trower) and Truce (Trower, Bruce, Isidore).After those albums, he released another album with James Dewar on vocals titled Back It Up in 1983.Robin Trower was dropped from Chrysalis Records afterwards.