Roomful Of Blues – There Goes The Neighborhood 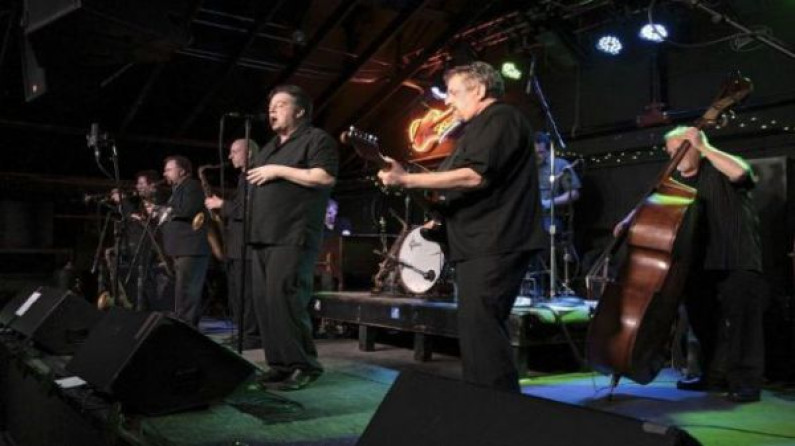 Roomful Of Blues – There Goes The Neighborhood

Roomful of Blues is an American blues and swing revival big band based in Rhode Island. With a recording career that spans over 50 years, they have toured worldwide and recorded many albums.

Roomful of Blues, according to the Chicago Sun-Times, “Swagger, sway and swing with energy and precision”. Since 1967, the group’s blend of swing, rock and roll, jump blues, boogie-woogie and soul has earned it five Grammy Award nominations and many other accolades, including seven Blues Music Awards (with a victory as Blues Band Of The Year in 2005).

Billboard called the band “a tour de force of horn-fried blues…Roomful is so tight and so right.” The Down Beat International Critics Poll has twice selected Roomful of Blues as Best Blues Band.

Keyboardist Travis Colby left the band at the end of 2012 to continue his music career in a different direction and Rusty Scott is now on keyboards. Over the years there have been at least 48 Roomful of Blues members.

Roomful of Blues was born in Westerly, Rhode Island in 1967 when guitarist Duke Robillard and pianist Al Copley started a band that played tough, no-holds-barred Chicago blues.They soon began exploring the swinging, jumping blues, R&B and jazz of the 1940s and 1950s, and added a horn section (including Rich Lataille) in 1970.

They established a devoted fan base in New England. In 1974, they performed with Count Basie, and a few years later songwriter Doc Pomus helped them land their first record deal, and produced their debut with co-producer Joel Dorn.