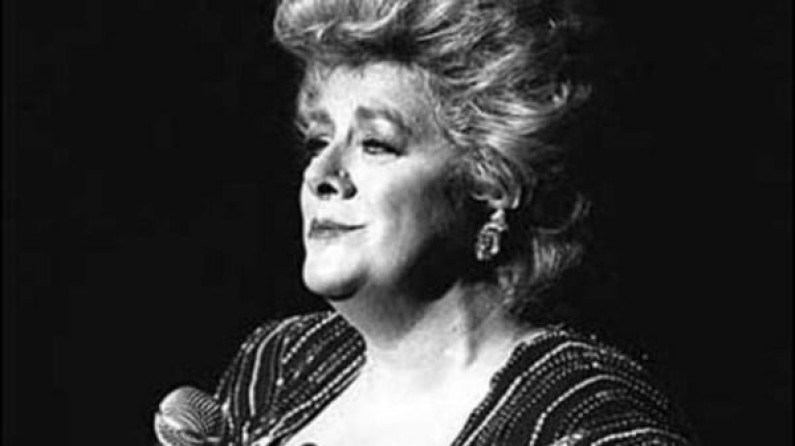 Rosemary Clooney (May 23, 1928 – June 29, 2002) was an American cabaret singer and actress. She came to prominence in the early 1950s with the novelty hit “Come On-a My House”, which was followed by other pop numbers such as “Botch-a-Me”, “Mambo Italiano”, “Tenderly”, “Half as Much”, “Hey There” and “This Ole House”, although she had success as a jazz vocalist.

Clooney’s career languished in the 1960s, partly due to problems related to depression and drug addiction, but revived in 1977, when her White Christmas co-star Bing Crosby asked her to appear with him at a show marking his 50th anniversary in show business. She continued recording until her death in 2002.

Clooney’s first recordings, in May 1946, were for Columbia Records. She sang with Tony Pastor’s big band. Clooney continued working with the Pastor band until 1949, making her last recording with the band in May of that year and her first as a solo artist a month later, still for Columbia.

In 1951, her record of “Come On-a My House”, produced by Mitch Miller, became a hit. It was her first of many singles to hit the charts despite the fact that Clooney hated the song passionately.

She had been told by Columbia Records to record the song, and that she would be in violation of her contract if she did not do so. Clooney recorded several duets with Marlene Dietrich and appeared in the early 1950s on Faye Emerson’s Wonderful Town series on CBS.

Clooney also did several guest appearances on the Arthur Godfrey radio show, when it was sponsored by Lipton Tea. They did duets as he played his ukulele, and other times she would sing one of her latest hits.