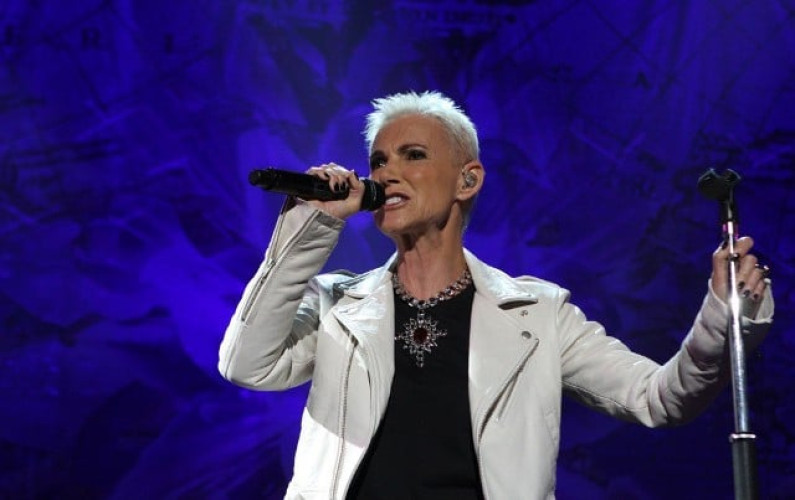 Their songs “It Must Have Been Love” and “Listen to Your Heart” continue to receive wide radio airplay, with both singles recently receiving awards from BMI for achieving four million radio plays.They have sold an estimated 60 million records worldwide, with over 10 million in certified units from Germany, the US and the UK, achieving gold and platinum certifications for Joyride and Look Sharp! in all three regions.

On 23 October 2009, the Swedish newspaper Expressen reported that Roxette were recording new songs. Per stated that he had been working on new material for an upcoming album since May 2009.

In early November 2010, it was announced that the band would undertake their first world tour since 1995. Their eighth studio album, Charm School, was released in Europe on 11 February 2011 and peaked within the top 20 of eleven European album charts.

The set also became their first since 1992’s Tourism to reach No. 1 on the German album chart, where it was certified gold for shipments in excess of 100,000 units. The album was preceded by the single “She’s Got Nothing On (But the Radio)” on 10 January 2011, which became Roxette’s biggest hit in the German market since “How Do You Do!”, and for several weeks was the fourth most-played song on radio in the world.

Charm School also received a full commercial release in South America, debuting at No. 1 on the Argentinian album chart. The Charm School World Tour, their first in 15 years, started on 28 February 2011 in Kazan, Russia. It is expected to comprise up to 130 concerts and run until October 2012, with the band performing to over 800,000 people in the 79 concerts held in 2011 alone.

On 15 November, Roxette played their first UK gig in 17 years at London’s Wembley Arena, and in March 2012, they performed two concerts in China, after the Chinese Ministry of Culture gave them permission to play.

In early 2012, Gessle confirmed through his official Twitter account that recording for Roxette’s ninth studio album, titled Travelling, had been completed. The fifteen track album and the first single “It’s Possible” was released in March 2012.

In 2013, Per Gessle reunited with his former Swedish boy band Gyllene Tider in which they released a new album and toured Sweden. Roxette’s first Blu-ray/DVD concert titled Roxette Live Travelling The World was released. Meanwhile, Roxette lead singer Marie Fredriksson promoted her new Swedish solo album Nu which led to a successful tour in the spring.

In April 2014, succeeding the announcement of the 25th anniversary of Roxette’s first United States #1 hit “The Look” they announced they will be embarking on another World Tour starting in Russia in late October. Per Gessle has also confirmed working in the studio; it is unknown if this is new material for a new Roxette album or solo career.

Fredriksson and Gessle have both been quoted as stating that they would like to do another album in the near future. The New tour began in Vladivostok, Russia on 30.10.2014, they are planning to tour until summer of 2016.