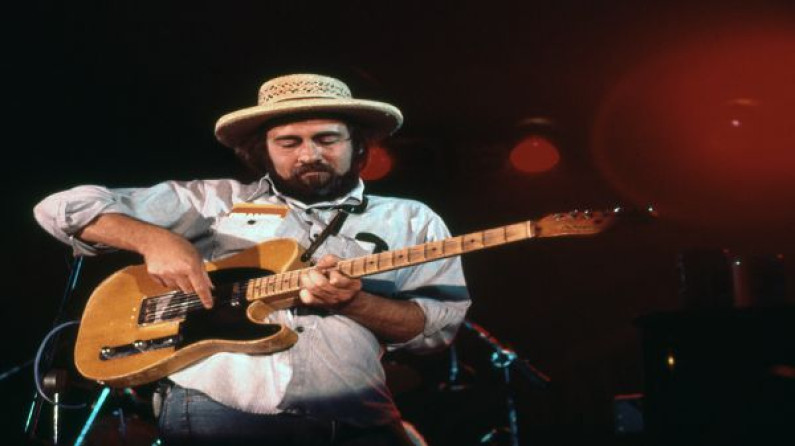 Roy Buchanan (September 23, 1939 – August 14, 1988) was an American guitarist and blues musician. A pioneer of the Telecaster sound, Buchanan worked as both a sideman and solo artist, with two gold albums early in his career and two later solo albums that made it on to the Billboard chart.

Despite never having achieved stardom, he is still considered a highly influential guitar player. Guitar Player praised him as having one of the “50 Greatest Tones of all Time.”

In 1961 he released ‘Mule Train Stomp’, his first single for Swan, featuring rich guitar tones years ahead of their time. Buchanan’s 1962 recording with drummer Bobby Gregg, nicknamed “Potato Peeler,” first introduced the trademark Buchanan “pinch” harmonic. An effort to cash in on the British Invasion caught Buchanan with the British Walkers.

In the mid-’60s, Buchanan settled down in the Washington, D.C., area, playing for Danny Denver’s band for many years while acquiring a reputation as “…one of the very finest rock guitarists around. Jimi Hendrix would not take up the challenge of a ‘pick-off’ with Roy.”

The facts behind that claim are that in March 1968 a photographer friend, John Gossage gave Buchanan tickets to a concert by the Jimi Hendrix Experience at the Washington Hilton.

“Buchanan was dismayed to find his own trademark sounds, like the wah-wah that he’d painstakingly produced with his hands and his Telecaster, created by electronic pedals. He could never attempt Hendrix’s stage show, and this realization refocused him on his own quintessentially American roots-style guitar picking.”

Gossage recalls how Roy was very impressed by the Hendrix 1967 debut album Are You Experienced?, which was why he made sure to give Roy a ticket to the early show at the Hilton.