Ruby Turner – You Can’t Do That 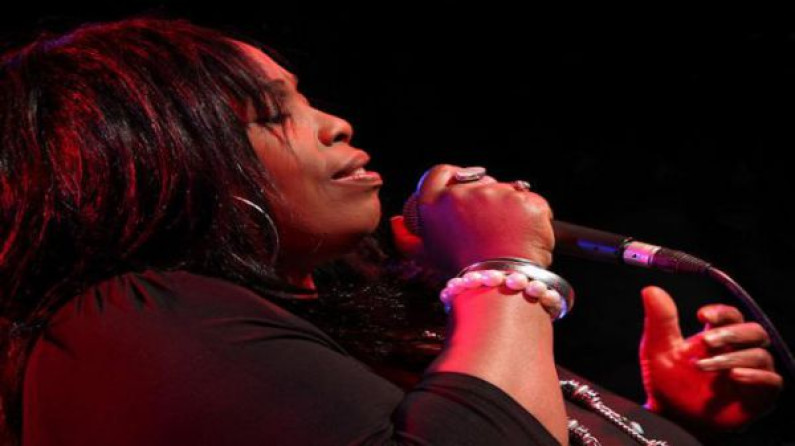 Ruby Turner – You Can’t Do That

Ruby Turner (born 22 June 1958) is a Jamaican R&B and soul singer, songwriter and actress. She is best known for her albums and single releases in Europe and North America, and has sung backing vocals for others such as Bryan Ferry, UB40, Steel Pulse, Steve Winwood, Jools Holland and Mick Jagger. She has written songs that have been covered by artists including Lulu, Yazz and Maxi Priest.

Turner achieved the rare feat, for a British singer, of reaching no. 1 on the US R&B chart, with “It’s Gonna Be Alright” in February 1990. Between 1986 and 1995, eight of her singles appeared in the UK Singles Chart with “I’d Rather Go Blind” being the most successful, reaching no. 24 in 1987.

Turner performed at the Birmingham Heart Beat 86 concert, which featured George Harrison; and also sang on BBC Television’s Jools Holland’s Annual Hootenanny, from 2007 to 2014 inclusive. She has also appeared as an actress on stage, film and television.

Ruby Turner was born in Montego Bay, Jamaica, and moved at the age of nine with her family to Handsworth, Birmingham, England, in 1967.

Turner came from a musical family as her grandfather sang the lead in one of Jamaica’s gospel groups. In the early 1980s, she worked with blues musician Alexis Korner, and in 1983 she recorded with UB40. In the mid-eighties, Turner’s major break came when she was asked to sing with Culture Club at the height of their popularity. She received an offer of a solo record deal soon afterward and signed to Jive Records, part of the Zomba Group.

Turner achieved her solo recording contract with Jive Records after singing backing vocals on Culture Club’s From Luxury to Heartache. She released four albums and a “Best of” Compilation Album over the next few years.

Her first solo album Women Hold Up Half the Sky, was released in 1986 to critical acclaim and produced hit singles such as a cover version of the Staple Singers song,”If You’re Ready (Come Go With Me)”, a duet with Jonathan Butler, and the Etta James standard “I’d Rather Go Blind”.