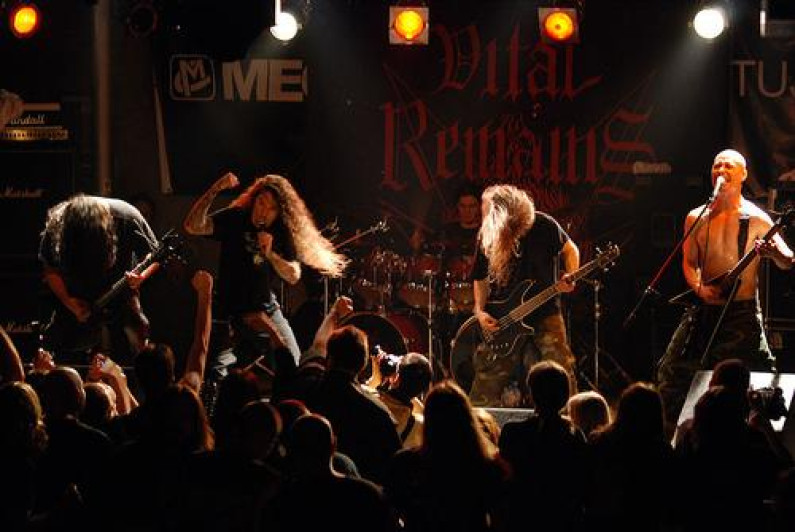 Savatage is an American heavy metal band founded by the brothers Jon and Criss Oliva in 1978 at Astro Skate in Tarpon Springs, Florida.

Savatage has released eleven studio albums, two live albums, four compilations and three EPs. The band experienced major American commercial success with the release of their third studio album, Fight for the Rock (1986), which peaked at number No. 158 on the Billboard 200.Their next four albums — Hall of the Mountain King (1987), Gutter Ballet (1989), Streets: A Rock Opera (1991) and Edge of Thorns (1993) — were also successful but more critically acclaimed than Fight for the Rock.

After Criss’ death in 1993, Jon (along with producer Paul O’Neill) decided to continue Savatage in memory of his brother. The band released four more studio albums, and went through several line-up changes before going on hiatus in 2002.

During the years, members founded various new bands such as Jon Oliva’s Pain, Trans-Siberian Orchestra, Circle II Circle and Doctor Butcher. On August 2, 2014, Savatage announced that they were reuniting for Wacken Open Air in 2015.

Early days (1978–1986)
Criss Oliva and his brother Jon formed their first band together, Avatar, in 1978, from the ashes of their former bands Tower and Alien respectively. In 1980, the duo met up with Steve “Doc” Wacholz and practiced in a small shack behind the Oliva home that was dubbed “The Pit” by the band.

Wacholz originally tried out to be part of Jon’s band, Alien, but when the first Savatage line-up was taking shape, Jon, who was originally on drum duties, was relieved of them by Wacholz.