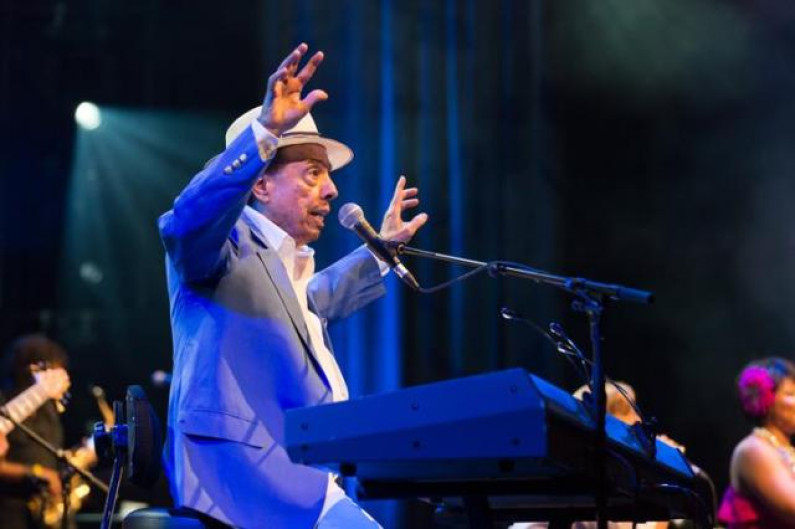 Sérgio Santos Mendes ( born February 11, 1941) is a Brazilian musician. He has over 55 releases, and plays bossa nova heavily crossed with jazz and funk.He was nominated for an Academy Award for Best Original Song in 2012 as co-writer of the song “Real In Rio” from the animated film Rio.

Mendes is married to Gracinha Leporace, who has performed with him since the early 1970s. Mendes has also collaborated with many artists through the years, including the Black Eyed Peas, with whom he re-recorded in 2006 a version of his breakthrough hit “Mas Que Nada”.

Mendes was born in Niterói, Brazil, the son of a physician. He attended the local conservatory with hopes of becoming a classical pianist.

As his interest in jazz grew, he started playing in nightclubs in the late 1950s just as bossa nova, a jazz-inflected derivative of samba, was emerging. Mendes played with Antônio Carlos Jobim (regarded as a mentor) and many U.S. jazz musicians who toured Brazil.

Mendes moved to the U.S. in 1964 and cut two albums under the Sergio Mendes & Brasil ’65 group name with Capitol Records and Atlantic Records.

Sergio became full partners with Richard Adler, a Brooklyn-born American who had previously brought Bossa Trés plus two dancers, Joe Bennett and a Brazilian partner, to appear on The Ed Sullivan Show, in 1963.

He was also accompanied by Jobim; Flavio Ramos, and Aloisio Olivera, a record and TV producer from Rio. The Musicians Union only allowed this group to appear on one TV show and one club appearance (Basin Street East) before ordering them to leave the U.S. When the new group, Brasil ’65 was formed, Shelly Manne, Bud Shank and other West Coast musicians got Sergio and the others into the local musicians union.