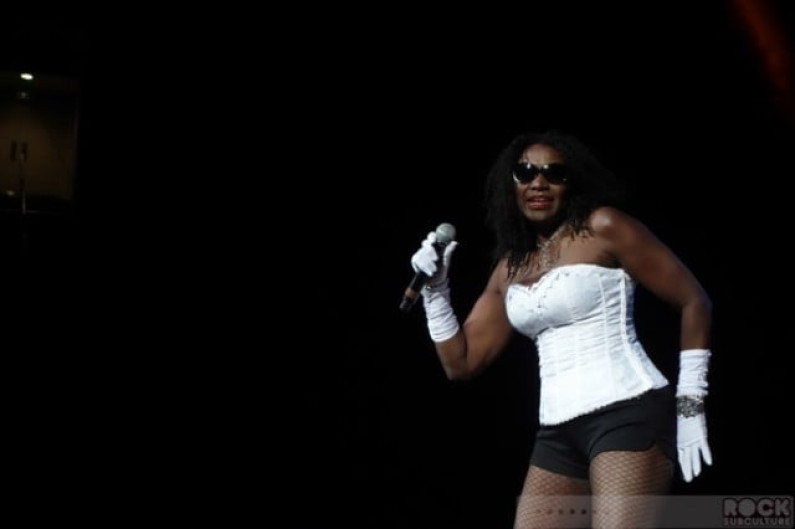 Shannon Brenda Greene (born May 2, 1958), better known by the mononym Shannon, is an American recording artist and singer of Freestyle music and dance-pop music and songwriter. She is best known for her million-selling record single “Let the Music Play”. Often she is considered the “International Queen of Freestyle.”

Her albums include Let the Music Play, released in 1984, followed by Do You Wanna Get Away in 1985 and Love Goes All the Way in 1986. In 1999, Shannon appeared in a segment of VH1’s One-Hit Wonders, and returned to music with her fourth album, The Best is Yet to Come, which was released in 2000.

The album was followed by a compilation album released in 2004, Let The Music Play: The Best of Shannon. Shannon’s most recent album is A Beauty Returns, released in 2007.

In 1983, Shannon was enrolled at York College and toured with the New York Jazz Ensemble. Quintin Hicks, an associate of the production team of Mark Liggett and Chris Barbosa, later saw Shannon singing with a live band in her cousin’s recording studio.

Shannon auditioned for Liggett and Barbosa with the song “She Can’t Love You Like I Do”. They introduced her to the selection “Fire and Ice,” which would later evolve into Shannon’s signature song, “Let The Music Play;” its unique sound, called “The Shannon Sound,” would later come to be known as “freestyle.” Let The Music Play would also be the title of Shannon’s debut album, which she released in 1984.

In September 1983, “Let The Music Play” was released,and Shannon was invited back to record more songs with Liggett and Barbosa. The single reached #8 on the Billboard Hot 100 and #1 on the Billboard R&B and Hot Dance Club Play charts.

It also was ranked at #49 of Billboard’s Top 100 songs of 1984. It was later ranked #23 among Billboard’s best dance songs of all-time. Shannon is considered a one-hit wonder since “Let the Music Play” was the only song to crack the Top 40 on the U.S. pop charts.

Her debut album, Let The Music Play, was released on February 1, 1984. “Give Me Tonight”, the follow-up single, reached the number-one spot on the R&B and Hot Dance Club Play charts. The song went to number 46 on the pop charts. It was one of Billboard’s top 30 dance songs for the year of 1984.