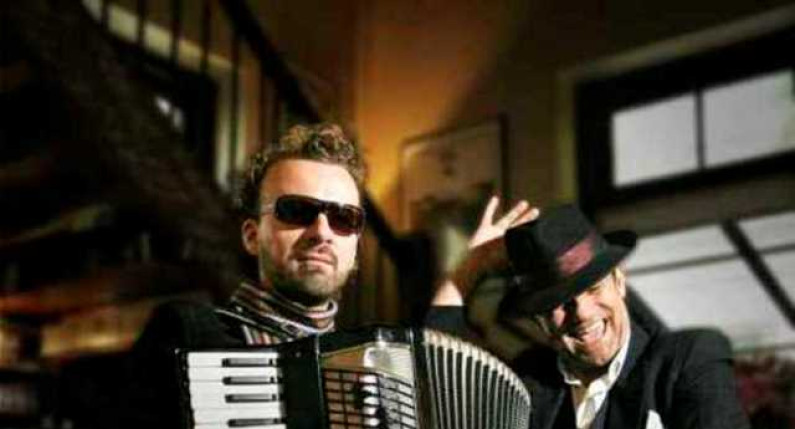 Stefan Hantel, better known by his stage name Shantel (born 2 March 1968), is a DJ and producer based in Frankfurt, Germany. He is known for his work with gypsy brass orchestras, DJing and remixing traditional Balkan music with electronic beats.

Shantel is of Bukovina German descent. His grandparents on the maternal side were from the Romanian part of Bukovina.

Shantel began his DJ career in Frankfurt, Germany, and was inspired by the audience reaction to gypsy brass bands such as Fanfare Ciocărlia and trumpeter Boban Marković to infuse electronically tweaked Balkan gypsy music into his DJ set.

Shantel released two compilations of his popular DJ night, Bucovina Club, on his own Essay label, which won the Club Global award in the 2006 BBC Radio 3 Awards for World Music.

He was one of several DJs to remix recordings of Taraf de Haïdouks and Kočani Orkestar on the Electric Gypsyland compilations from Belgium’s Crammed Discs label, and released his next album on that label.

He gained popularity in Turkey after recording the clip of ‘Disko Partizani’ in Istanbul. Shantel’s 2007 album Disko Partizani departed somewhat from the techno sound of Bucovina Club, concentrating more on the music’s Balkan roots.

In 2011 he released an album with Oz Almog named Kosher Nostra Jewish Gangsters Greatest Hits. This album is a wild mix of Swing, Jazz, Twist, Charleston and Yiddish songs and Ballads.