Steve Vai – For the Love of God 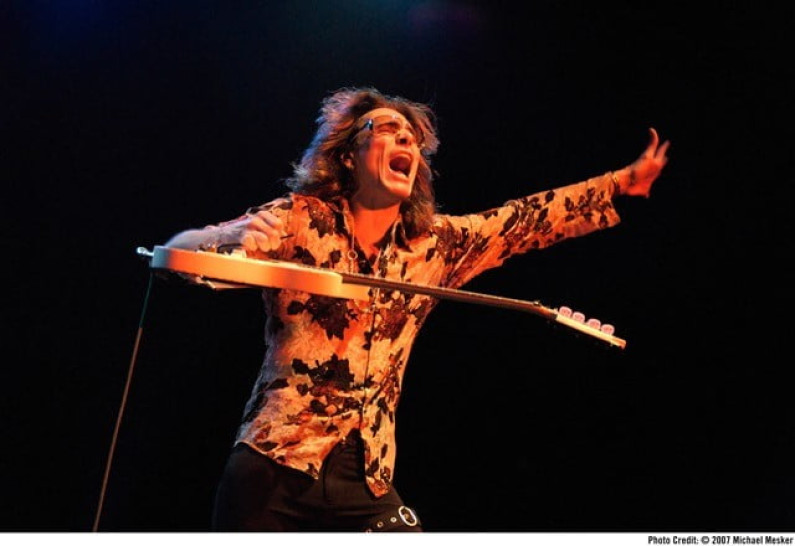 Steve Vai – For the Love of God

Steven Siro Vai (born June 6, 1960) is an American guitarist, songwriter, and producer who has sold over 15 million albums. After starting his career as a music transcriptionist for Frank Zappa, he recorded and toured in Zappa’s band from 1980 to 1982. He began a solo career in 1983, and has released eight solo albums and won three Grammy Awards.

Vai has recorded and toured with Public Image Ltd., Alcatrazz, David Lee Roth, and Whitesnake. He has been a regular touring member of the G3 Concert Tour, which began in 1995. In 1999, he started his own record label, Favored Nations, intending to showcase “artists that have attained the highest performance level on their chosen instruments”.

In 2010, Vai released several “VaiTunes” singles of tracks that were previously recorded and later finished. They are available on Vai.com, iTunes and Amazon.com.

On September 14, 2010, Steve released “Where The Wild Things Are” as double vinyl through his label Favored Nations and made a guest appearance with Rickey Minor and The Tonight Show Band on NBC.

In October 2010, Steve completed his first full symphony and performed the compositions at the Steve Vai Festival which featured Vai and the North Netherlands Symphony Orchestra (NNO) on October 20–24, 2010.

“The possibility to write for a full orchestra, as Vai was offered the opportunity to do during the last years, closes a circle back to the beginning of his solo career, his years with Frank Zappa and his first pieces for his debut record Flex-Able (1984).”

In 2013, Vai was featured in Iwrestledabearonce’s album Late For Nothing, performing sections of the song “Carnage Asada” on guitar.