Sting and Lady Gaga perform ‘Stand By Me’ (live) 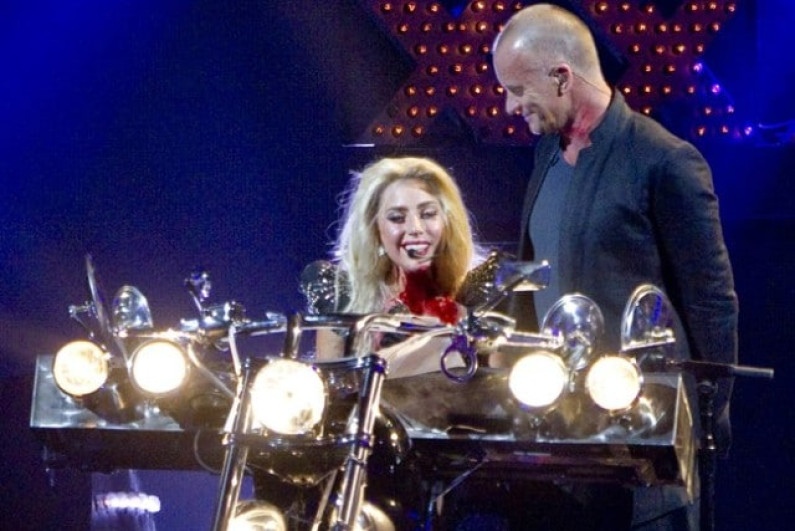 Sting and Lady Gaga perform ‘Stand By Me’ (live)

He was inducted into the Songwriters Hall of Fame in 2002 and the Rock and Roll Hall of Fame as a member of Police in 2003. In 2000, he received a star on the Hollywood Walk of Fame for recording. In 2003, Sting received a CBE from Elizabeth II at Buckingham Palace for services to music, and was made a Kennedy Center Honoree at the White House in 2014.

With The Police, Sting became one of the world’s best-selling music artists. Solo and with The Police, he sold 100 million records.In 2006, Paste ranked him 62nd of the 100 best living songwriters. He was 63rd of VH1’s 100 greatest artists of rock, and 80th of Q magazine’s 100 greatest musical stars of 20th century.