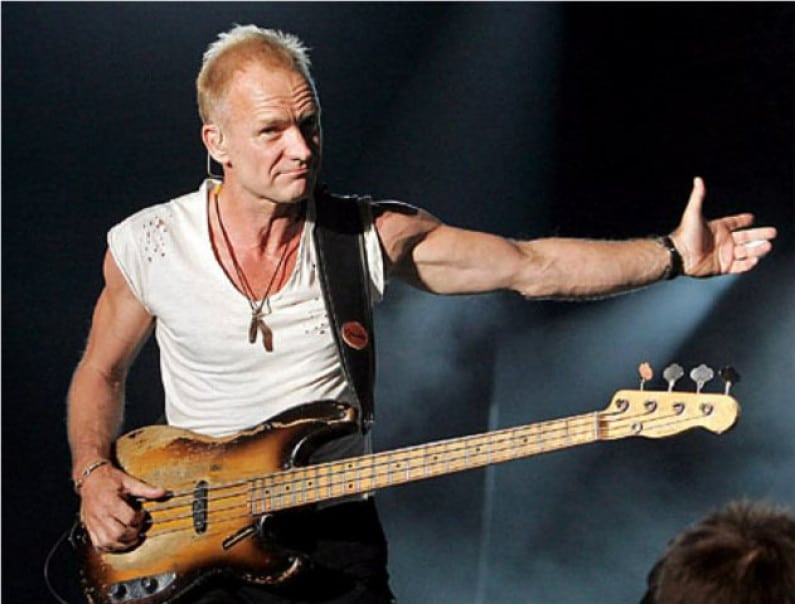 Gordon Matthew Thomas Sumner CBE(born 2 October 1951), known on stage as Sting, is an English musician, singer-songwriter, multi-instrumentalist, activist, actor and philanthropist. He was principal songwriter, lead singer, and bassist for the new wave rock band The Police before a solo career.

With The Police, Sting became one of the world’s best-selling music artists. Solo and with The Police, he sold 100 million records.In 2006, Paste ranked him 62nd of the 100 best living songwriters. He was 63rd of VH1’s 100 greatest artists of rock, and 80th of Q magazine’s 100 greatest musical stars of 20th century.