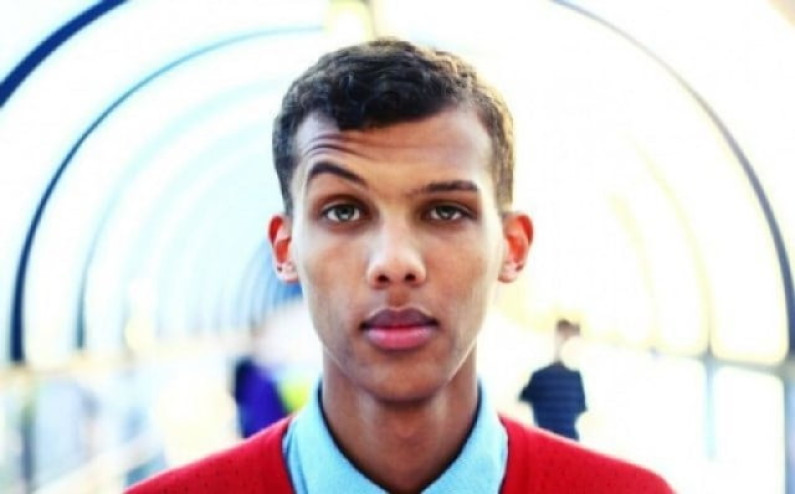 Paul Van Haver (born 12 March 1985), better known by his stage name Stromae  is a Belgian singer-songwriter. He has established himself in both hip hop and electronic music genres. Stromae came to wide public attention with his song “Alors on danse”, which became a number one in several European countries. In 2013, his sophomore album Racine Carrée was a great commercial success.

In 2009 Stromae worked as a young trainee at the musical radio station NRJ in Brussels. Vincent Verbelen, Music Manager, was impressed by the talent of Stromae’s first single ‘Alors on danse’ and decided to air it for the first time on NRJ.

The response from listeners (including influential personalities ranging from Anna Wintour and Jean-Claude Van Damme, to the then French president Nicolas Sarkozy) was one of extreme enthusiasm and Stromae came to wider public attention. In a few weeks from that point, sales of the song established it as number one in Belgium.

Vertigo Records, a label of Mercury Records France (Universal Music Group) signed him for a worldwide licensing deal soon after this.

By May 2010 the track Alors on danse had reached number one in Belgium, France, the Netherlands, Greece, Germany, Austria, Turkey, Switzerland, Italy, Denmark, Romania and the Czech Republic.

On 2 September, Stromae collaborated with Kanye West in a remix of his hit Alors on danse. In 2010, he was nominated for “Best Dutch and Belgian Act” at the MTV Europe Music Awards.

Of his music and its influences he has said: “I was in a little group doing rap music. I thought that rather than copying the French sound, I’d focus on a more American style but give it a European spin.

And then I rediscovered 90s Eurodance. For a long time we were ashamed of that sound but in fact there’s a lot to discover, it has its roots in everything from house to salsa.

I also really admire Jacques Brel – he has been a huge influence on me – but also all sorts of other stuff, Cuban son, and the Congolese rumba, that I heard as a child; that music rocked the whole of Africa.” Also, Stromae insists he wanted to collaborate with up and coming rap group Swag+5 featuring rapper T-Jay.