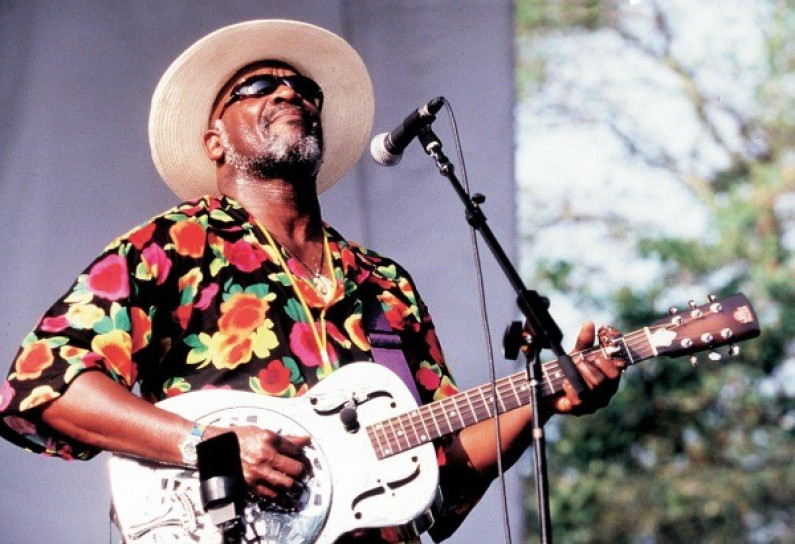 Over time he incorporated more and more African roots music into his musical palette, embracing elements of reggae, calypso, jazz, zydeco, rhythm and blues, gospel music, and the country blues—each of which having “served as the foundation of his unique sound.” According to The Rough Guide to Rock, “It has been said that Taj Mahal was one of the first major artists, if not the very first one, to pursue the possibilities of world music.

Even the blues he was playing in the early 70s – Recycling The Blues & Other Related Stuff (1972), Mo’ Roots (1974) – showed an aptitude for spicing the mix with flavours that always kept him a yard or so distant from being an out-and-out blues performer.” Concerning his voice, author David Evans writes that Mahal has “an extraordinary voice that ranges from gruff and gritty to smooth and sultry.