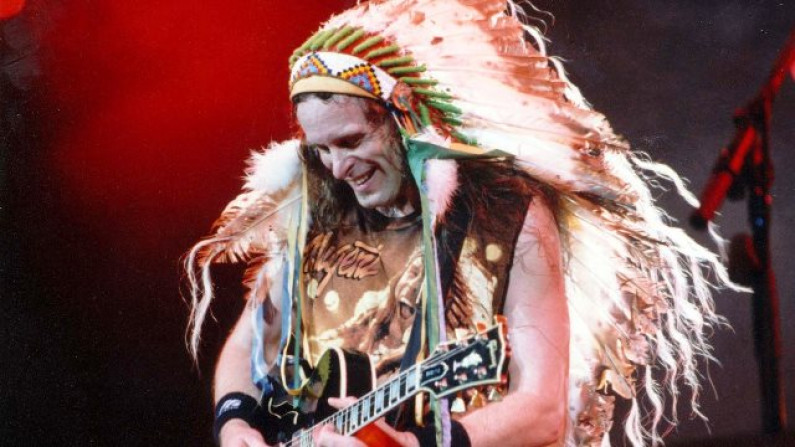 Ted Nugent ” Theodore Anthony ”(born December 13, 1948) is an American musician, singer, songwriter, hunter, and political activist. Nugent initially gained fame as the lead guitarist of The Amboy Dukes before embarking on a solo career. His hits, mostly coming in the 1970s, such as “Stranglehold”, “Cat Scratch Fever”, “Wango Tango”, and “Great White Buffalo”, as well as his 1960s Amboy Dukes hit “Journey to the Center of the Mind” remain popular today.

Nugent is also noted for conservative political views, his lifelong stance against drug and alcohol abuse and advocacy of hunting and gun ownership rights.He is a board member of the National Rifle Association and a strong supporter of the Republican Party.

Nugent has released more than 34 albums and has sold a career total of 30 million records. He was known throughout his early career in the 1970s for using Fender amps, a large part of his signature sound, and for playing the hollow-body Gibson Byrdland guitar.

Nugent’s 2005 plans involved a tour with country music singer-songwriter Toby Keith, whom Nugent met in Iraq while they were both performing in USO-sponsored shows for the coalition troops. Nugent toured with local Detroit musician Alex Winston during the summers of 2007 and 2008.