Terry Jacks – If You Go Away 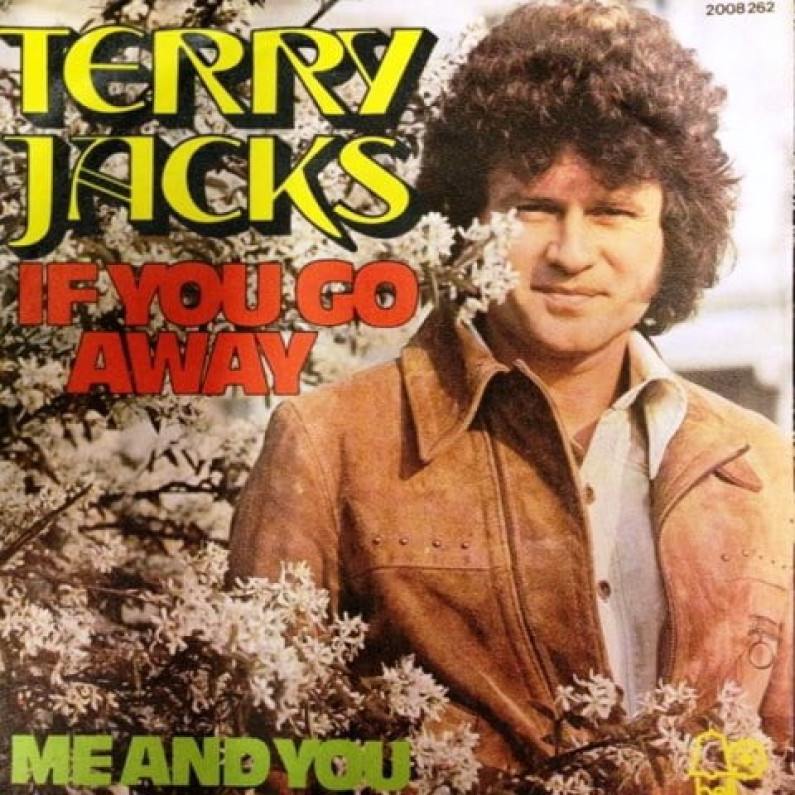 Terry Jacks – If You Go Away

Terry Jacks was born and raised in Winnipeg. His family relocated to Vancouver in the early 1960s. Jacks took up guitar in his teens and at 18 formed a band called The Chessmen with guitarist Guy Sobell. The group had four top-ten hits in Vancouver between 1964 and 1966.

Following The Chessmen, Terry and Susan Pesklevits (Susan Jacks), whom he later married, formed The Poppy Family along with Craig McCaw and Satwant Singh.

They had several hits in Canada and internationally, their biggest being “Which Way You Goin’ Billy?”, which went to #1 in Canada and #2 on the Billboard charts in the U.S. The song was written and produced by Terry Jacks which earned him a Gold Leaf (Juno) award in 1970 for his production.

“Seasons in the Sun”

The song “Seasons in the Sun”, released in late 1973 on his own record label, Goldfish Records, became the largest-selling international single by a Canadian artist at that time, eventually selling 14 million copies worldwide. It earned Jacks two Juno Awards and became one of the biggest selling Canadian Singles of all time.

The song was based on Rod McKuen’s 1965 re-write of “Le moribond”, originally by Belgian singer Jacques Brel from 1962. For his version, Jacks made some modifications to the lyrics, which along with McKuen’s, resulted in a work that bears little resemblance to Brel’s original in tone, substance or poetry.

Jacks later released “If You Go Away” (another McKuen adaptation of a Jacques Brel song entitled “Ne Me Quitte Pas”), which reached #8 in Great Britain and #24 in Germany, and a cover of Kevin Johnson’s “Rock ‘N’ Roll (I Gave You The Best Years Of My Life)”, both of which had more success in Canada but also made the Billboard Hot 100 chart in the U.S.

He wrote and recorded a number of other songs and went on to produce many artists including The Beach Boys with a version of “Seasons in the Sun” shortly before his own, but that was never released. He also produced the singles “Crazy Talk” and “There’s Something I Like About That”for Chilliwack from their album Riding High.