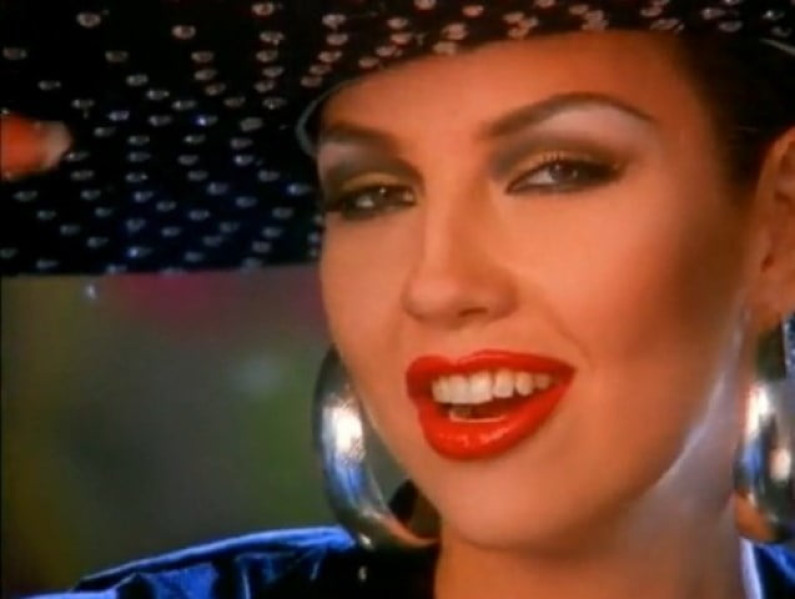 She is recognized as the most successful and influential female Mexican singer. She is often referred to as the “Queen of Latin Pop” by international media, mainly because of her legacy within the Latin pop music scene for the last 25 years.

As a solo artist, she has sold over 40 million records worldwide, being considered one of the best-selling Latin musicians of all time. She has had 28 Top 10 singles, 16 of which went to No.1 and she has received numerous accolades including five Latin Billboard awards, several Premios Juventud awards and various Latin Grammy nominations.

Apart from her success as a recording artist, Thalía has also had a successful career in acting, as she starred in a variety of soap operas (known as telenovelas) that have aired in over 180 countries.

During the decade of the 1990s, she was converted into a television icon and was publicly referred to as the “Queen of telenovelas” by the mass media around the world.

She was also reported to be the most successful and best-paid telenovela actress, as stated by Televisa, the largest mass media company in the Spanish-speaking world.

In 2008, the British tabloid The Sun named her one of “the 50 female singers who will never be forgotten” and in 2011, Terra Networks included her in their list of “the most powerful and iconic women in music”.