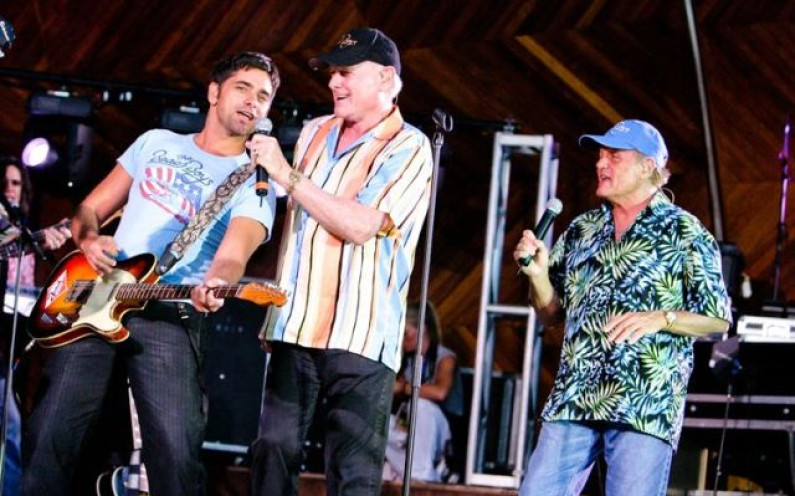 The Beach Boys are an American rock band formed in Hawthorne, California in 1961. The group’s original lineup consisted of brothers Brian, Dennis, and Carl Wilson, their cousin Mike Love, and their friend Al Jardine.

Emerging at the vanguard of the “California Sound”, the band’s early music gained international popularity for distinct vocal harmonies and lyrics that evoked a southern California youth culture of surfing, cars, and romance.

Influenced by jazz-based vocal groups, 1950s rock and roll, and doo-wop, Brian led the band to experiment with several genres ranging from pop ballads to psychedelic and baroque, while devising novel approaches to music production and arranging.

Released in 1966, the Pet Sounds album and the “Good Vibrations” single featured an intricate and multi-layered sound that represented a departure from the simple surf rock of the Beach Boys’ early years.

Soon after the dissolution of Smile, Brian gradually ceded control to the rest of the band, reducing his input because of mental health and substance abuse issues.

Though the more democratic incarnation of the Beach Boys recorded a string of albums in various musical styles that garnered international critical success, the group struggled to reclaim their commercial momentum in America. Since the 1980s, much-publicized legal wrangling over royalties, songwriting credits and use of the band’s name transpired.