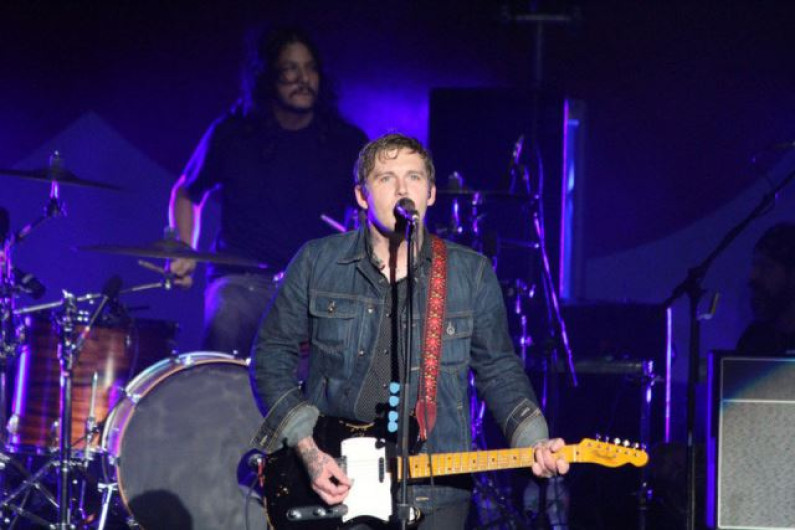 The Gaslight Anthem released their debut album, Sink or Swim, on XOXO Records in May 2007, and their second album, The ’59 Sound, on SideOneDummy Records in August 2008.

The lead single from Handwritten, “45”, became their most successful single on the charts, and possibly their most well-known to date. The band’s fifth full-length studio album, Get Hurt, was released on August 12, 2014, through Island Records. On July 29, 2015, the band announced an indefinite hiatus following their European summer tour, which concluded at Reading Festival on Sunday 30 August.

The Gaslight Anthem’s full length debut, Sink or Swim, was well received by both independent music review sites such as punknews.org, AbsolutePunk.net and more mainstream publications such as Spin.com.

A 4-song EP titled Señor and the Queen was released on February 5, 2008, through Sabot Productions. A double-7″ vinyl version of the EP was also released on standard black vinyl, as well as limited edition pressings on clear vinyl, red vinyl (500 copies), and white vinyl (100 copies).