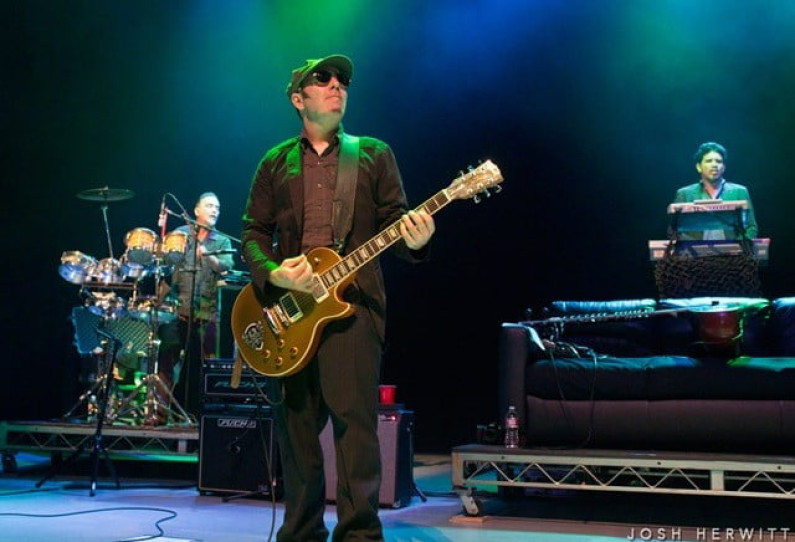 Thievery Corporation was formed in the summer of 1995 at Washington D.C.’s Eighteenth Street Lounge. Rob Garza and Lounge co-owner Eric Hilton were drawn together over their mutual love of club life, as well as dub, bossa nova and jazz records.

They decided to see what would come of mixing all these in a recording studio, and from this, in 1996 the duo started their Eighteenth Street Lounge Music record label.

The duo drew attention with their first two 12″ offerings, “Shaolin Satellite” and “2001: a Spliff Odyssey” and with their 1997 debut LP, Sounds from the Thievery Hi-Fi.

The duo has publicly stated their fondness of the Brazilian culture in interviews and liner notes of their releases, especially of the 60’s Bossa Nova music movement. Some of their earlier recordings even had specific artwork paying homage to classic releases by bossa nova artists like João Gilberto (His self-titled 1973 album) or Tom Jobim (Stone Flower).

They also released “Sounds From The Verve Hi-Fi” in 2001, a ‘best of’ compilation of 60’s-70’s material of Verve Records that includes Jazz, Bossa Nova and Latin Jazz works from artists like Cal Tjader, Wes Montgomery, Sérgio Mendes & Brasil ’66, Luiz Bonfá, among others. Their 1997 debut album is also dedicated to the memory of Antonio Carlos Jobim, who died three years earlier.

In 2002 they released The Richest Man in Babylon on their ESL label. This fifteen track album is similar in sound and timbre to their earlier 2000 release, The Mirror Conspiracy, and features performances by vocalists Emilíana Torrini, Pam Bricker, and Loulou.

In 2005 they released The Cosmic Game, which has a darker, more psychedelic sound than The Richest Man in Babylon. The album also featured more high-profile guest singers on it, including Perry Farrell, David Byrne, and Wayne Coyne of The Flaming Lips.