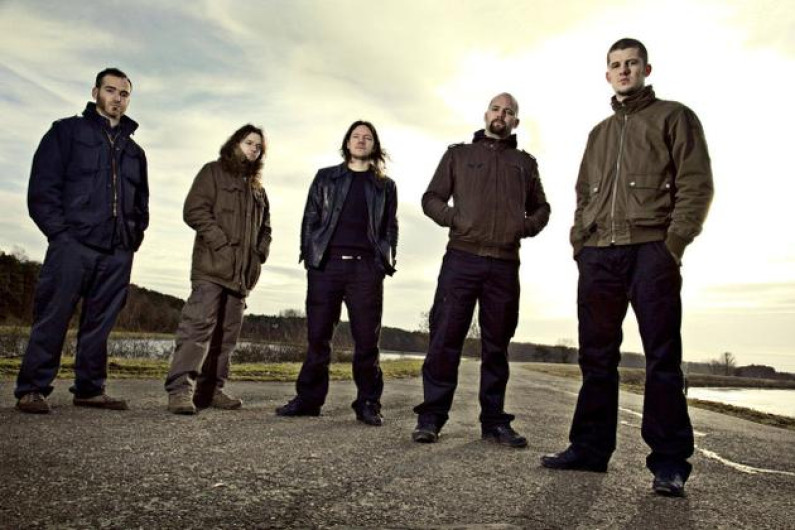 Thurisaz is a Belgian metal band from Wervik.Their music is a combination of atmospheric death, doom and black metal.

History
The band had its beginnings in May 1997 as the quartet ModiliuM.Peter and Mattias Theuwen, Lars Vereecke, and Pepijn De Raeymaecker were childhood friends who lived near each other.They started out playing a mixture of death metal, doom metal, and metalcore.

For about a year, the band sought a new member to play keyboards; Kobe Cannière joined the band in this role in 1999, and this addition led their sound to become less metalcore and instead more atmospheric death/black metal, with melodic elements.

At that time, since the band felt they had matured and reached their desired style, they changed their name to Thurisaz; one interpretation of this rune is “the fusion of different opinions” which the band saw as reflecting their perception of themselves and their music.

Over the first five years of their existence, the band created three demos. Then, in 2002 and 2003 respectively, Thurisaz won the Belgian Metal Concours and the Mundo Metal Concours, giving them a boost of confidence that eventually lead to the creation of their first studio album.