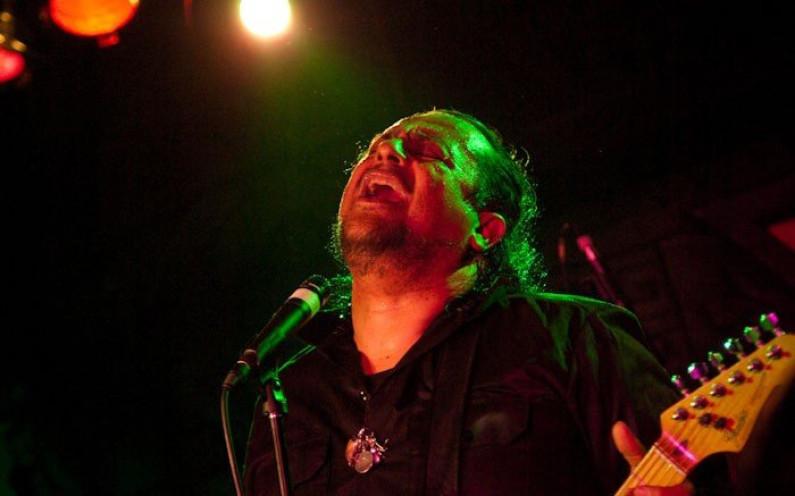 The band is best known for its songs, “After Dark”, “Back to the House That Love Built”, “Strange Face of Love”, and “Angry Cockroaches”, as well as for its role in Robert Rodriguez’s film From Dusk till Dawn as the band performing at the “Titty Twister” nightclub.

“After Dark” was the track played during Salma Hayek’s iconic exotic dance scene in that film, and later became the theme for From Dusk Till Dawn: The Series.

Tito Larriva was born in Ciudad Juárez, Mexico but spent his early years living outside Fairbanks, Alaska; his family later relocated to El Paso, Texas, where he studied violin and flute as a member of his school orchestra.

After high school he flirted with attending Yale University before landing in Los Angeles, California in the mid-1970s. He began his music career by playing in some of the first Latino punk bands such as The Impalas, Flesh-Eaters, and, most notably, The Plugz. Larriva released several albums with the Plugz before the group disbanded in 1984.

Following disbandment, Larriva teamed up with former Plugz bandmates Charlie Quintana and Tony Marsico to form the Cruzados. With the Cruzados, Larriva’s music began to move in a different direction, straying from his typical punk rock to a bluesier 1980s rock sound.