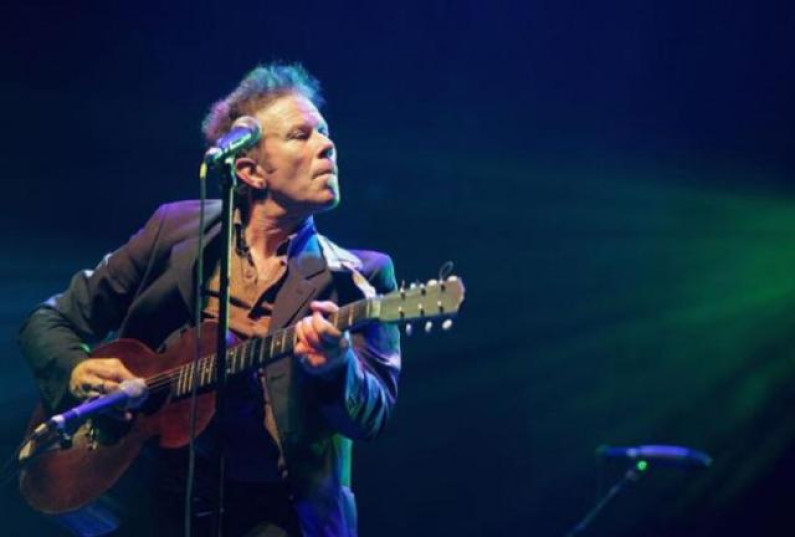 Tom Waits (born December 7, 1949) is an American singer-songwriter, composer, and actor. Waits has a distinctive voice, described by critic Daniel Durchholz as sounding “like it was soaked in a vat of bourbon, left hanging in the smokehouse for a few months, and then taken outside and run over with a car.”

He has a cult following and has influenced subsequent songwriters despite having little radio or music video support. His songs are best-known through cover versions by more commercial artists: “Jersey Girl”, performed by Bruce Springsteen, “Ol’ ’55”, by the Eagles, and “Downtown Train”, by Rod Stewart.

Although Waits’ albums have met with mixed commercial success in his native United States, they have occasionally achieved gold album sales status in other countries.

He has been nominated for a number of major music awards and has won Grammy Awards for two albums, Bone Machine and Mule Variations. In 2011, Waits was inducted into the Rock and Roll Hall of Fame. Waits lives in Sonoma County, California, with his wife and musical collaborator Kathleen Brennan, and three children.

Waits has steadfastly refused to allow the use of his songs in commercials and has joked about other artists who do (commenting “If Michael Jackson wants to work for Pepsi, why doesn’t he just get himself a suit and an office in their headquarters and be done with it?”).