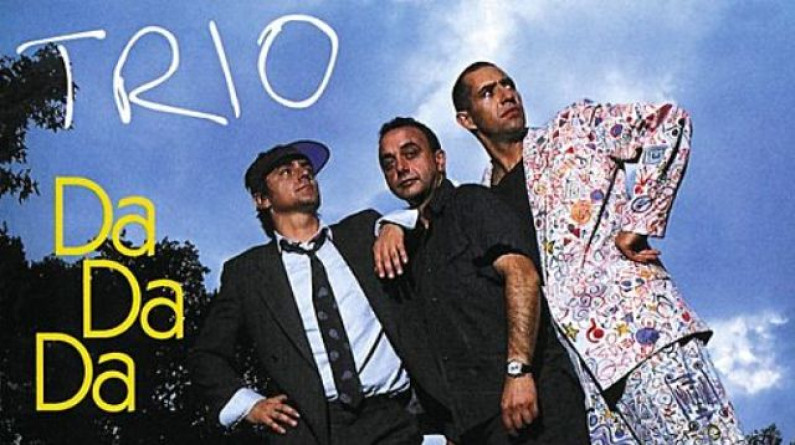 Trio was a German band, formed in the small German town of Großenkneten in 1980. The band is most noted for the song “Da da da, ich lieb dich nicht, du liebst mich nicht, aha aha aha” (usually simply “Da Da Da”) which was a hit in 30 countries worldwide.Trio was part of the Neue Deutsche Welle (or NDW); however, the band preferred the name “Neue Deutsche Fröhlichkeit”, which means “New German Cheerfulness”, to describe their music.

At that time, as now, popular songs were based on extremely simple structures that were ornately produced. Trio’s main principle was to remove almost all the ornamentation and polish from their songs, and to use the simplest practical structures (most of their songs were three-chord songs).

For this reason, many of their songs are restricted to drums, guitar, vocals, and just one or maybe two other instruments, if any at all. Bass was used very infrequently until their later songs, and live shows often saw Remmler playing some simple pre-programmed rhythms and melodies on his small Casio VL-1 keyboard while Behrens played his drums with one hand and ate an apple with the other.

The band produced a number of albums. There are many versions of Bye Bye (marked with different advertisements on the cover); versions in North America are called TRIO and Error and feature no advertisements.

The 1997 CD of TRIO and Error was also released as Da Da Da in the United States, in response to the 1997 US Volkswagen commercial that featured the song “Da Da Da I Don’t Love You You Don’t Love Me Aha Aha Aha”, often contracted to simply “Da Da Da”.