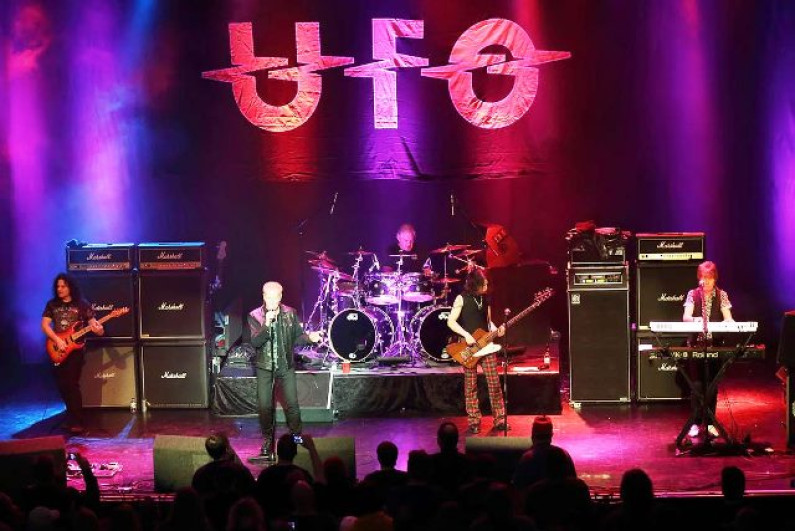 UFO are an English heavy metal and hard rock band that was formed in 1969.UFO became a transitional group between early hard rock and heavy metal and the New Wave of British Heavy Metal. UFO were ranked No. 84 on VH1’s “100 Greatest Artists of Hard Rock”.

Originally taking the name Hocus Pocus, the group changed their name in October 1969 to UFO in honour of the London club where they were spotted by Noel Moore, who signed them to Beacon Records label, which was headed by Antiguan-born Milton Samuel.

Their eponymously titled first album debuted in 1970 and was a typical example of early hard rock including a heavy version of the Eddie Cochran’s classic “C’mon Everybody”.

Both UFO 1 and its follow-up UFO 2: Flying, were successful in Japan (especially the single “C’mon Everybody” which became a huge hit there) and Germany (the song “Boogie For George,” also from the first album, reached No. 30 in German singles charts as well as “Prince Kajuku” from Flying reached No. 26), but generated poor interest in Britain and America. Consequently, their third effort, Live (later re-issued as UFO Lands In Tokyo), was originally only released in Japan in 1971.